As Ketanji Brown Jackson’s Confirmation Looms, Republicans Look to the Midterms and Beyond

In the days since President Joe Biden nominated D.C. Circuit Judge Ketanji Brown Jackson to the Supreme Court, the Republican response has been unusually muted. Most discussion surrounding the nominee has lacked partisan rancor and not a single Senate Republican has yet pledged to oppose Jackson’s confirmation. 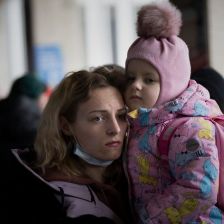 The restrained tone is likely due in part to the fact that Jackson won’t swing the ideological makeup of the court; she’s expected to fill Justice Stephen Breyer’s role in the liberal minority. And it may also be due to the fact that Democratic control of the Senate means there’s little Republicans can do to block Jackson’s confirmation.

But national politics are also clearly at play, according to multiple political strategists and current and former Congressional aides. Republicans who have pinned their hopes on reclaiming the Senate in November’s midterm elections have an interest in keeping the process low profile, in order to avoid alienating swing voters or riling liberals, which could boost Democratic turnout in November. But strategists warn that other national political considerations may still shift the tone of the discussion as the confirmation hearing, scheduled for March 21, draws closer. A handful of high-profile Republican stars on the Judiciary Committee may be looking to raise their profile before a Presidential run. In other words, how heated Jackson’s confirmation process becomes may depend largely on whether Republican Senators are thinking about 2022 or 2024.

“So far, temperatures are lower because this nomination won’t change the balance of the Court, and ultimately there’s nothing Republicans can do to block it,” says a Republican Senate aide, who requested anonymity in order to speak freely. “So the question then becomes, how beneficial is it to overdo it, which varies based on what your objective is: Winning the Senate, or running for President?”

J. Miles Coleman, an associate editor of the elections forecaster Sabato’s Crystal Ball at the University of Virginia Center for Politics, says that in recent elections, pitched battles over judicial nominations have become a “two way street,” increasing turnout on both sides of the aisle. For example, when an all-male panel of Senators questioned Anita Hill during Clarence Thomas’ confirmation process in 1991, Democrats were incensed. The following year, a record number of Democratic women ran for office.

“If Republicans are too harsh on [Jackson], they risk bumping Democratic turnout in the midterms,” Coleman says.

Republican strategist John Feehery tells TIME that he’s less worried about rallying Democrats as he is about “turning off the swing voters,” who may be alienated by the optics of a panel of white men grilling the first Black woman nominated to the Supreme Court.

On the other hand, the Senate Judiciary Committee, which will hold hearings evaluating Jackson’s record and vote on whether to send her confirmation to the Senate floor, includes several young, high profile GOP Senators who are widely expected to be considering a presidential bid: Texas Sen. Ted Cruz, Missouri Sen. Josh Hawley, and Arkansas Sen. Tom Cotton. For them, a heated confirmation process means more media exposure. “The Judiciary Committee has almost been like a magnet for U.S. Senators who want to run for President,” says Coleman.

The 2018 confirmation hearing for Justice Brett Kavanaugh offers a case in point. Democratic committee members Sens. Kamala Harris, Cory Booker, and Amy Klobuchar all drew the media spotlight for their passionate questioning of the nominee, who faced serious allegations that he had sexually assaulted his former classmate, Christine Blasey Ford, while they were in high school. In one notable moment, Booker threatened to defy Senate rules and release confidential documents about Kavanaugh—a move he described as his own “I am Spartacus” moment. The next year, all three Senators launched campaigns for President.

Sens. Cruz, Hawley and Cotton may take a similar tack. “I would really expect the Republicans who have presidential ambitions to basically be more vocal in their opposition,” Coleman says.

But that opposition will likely stay centered on her judicial record, Republican strategists say. “They might just question her a bit more dramatically about it,” says a Republican strategist who worked on a number of Supreme Court confirmations. As Feehery put it: They’ll want to appeal to the base, and the base likes red meat.”

A different set of considerations

Political analysts warn that a confirmation hearing in 2022 may be different than in past years. This newscycle, which is currently focused on the ongoing war in Ukraine, may prevent the Supreme Court hearings from dominating airwaves as they have in the past. Kavanugh’s confirmation also threatened to shift the ideological balance of the court. Trump nominated him to fill the seat previously held by former Justice Anthony Kennedy.

Jackson’s confirmation, in contrast, is more newsworthy because of the historic nature of her nomination. Republicans Utah Sen. Mitt Romney and Missouri Sen. Roy Blunt told Politico Wednesday that they would like to be able to vote for the first Black woman on the court, depending on what they learn about her judicial philosophy.

So far, the GOP’s arguments against Jackson have largely focused on her judicial philosophy, particularly her multiple rulings against the Trump Administration while a DC District judge. Some Senators, including Minority Leader Mitch McConnell, have expressed concern over the advertisements run in support of her by progressive advocacy groups. McConnell describes them as “dark money” groups that have “spent years attacking the legitimacy and structure of the Court itself” in their calls for changes such as expanding the bench.

On Wednesday, conservative Fox News host Tucker Carlson implied on his show that Jackson had not advanced in the legal world solely on her merits, saying that “it might be time for Joe Biden to let us know what Ketanji Brown Jackson’s LSAT score was. How did she do on the LSATs? … It would seem like Americans in a democracy have a right to know.” The comment was swiftly decried by Jackson’s supporters as racist.

Senate Republicans have so far been careful not to repeat such arguments, focusing instead on her professional record. “Grassley has warned Republicans to not take the bait,” says former Grassley aide Garrett Ventry, who adds that the Senator directed committee members to keep the process narrowly focused on Jackson’s judicial record, ”rather than getting into the gutter like Senate Democrats have in previous confirmation hearings.”

In a meeting with Judge Jackson on Wednesday, Grassley told Jackson directly that he planned to keep the process professional and collegial, a source familiar with the meeting tells TIME.

Grassley “saw what happened with the Kavanaugh hearings,” says Mike Davis, who served as chief nominations counsel when Grassley chaired the Judiciary Committee during the Trump Administration. Democrats lost four incumbent Senate seats, Davis says, during a year that was expected to be a “blue wave.” This election cycle, forecasters predict a “red wave” of the GOP taking both the House and the Senate.