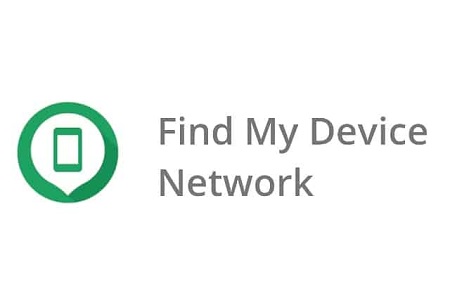 The new update contains the application Find My Device of the company Google on a lot of information about the upcoming collective outsourcing network that turns Android phones into a network able to find the missing devices, similar to the Find My network of Apple.

The network that is being developed is called Spot, and it aims to take advantage of your Android phone to locate other devices.

Information about the feature appeared in the new beta version of Google Play Services, with code indicating the phones' ability to help identify other devices, indicating that it will be easy to find Android phones soon.

And version 2.4.043_df of the Find My Device app was released earlier. After decrypting the APK, multiple strings appeared indicating Find My Device Network and Spot.

The chains reveal how users can mark a device as lost or found, add co-owners who can also track your device, and export, import and scan an encryption key to share your device.

Once your device loses its connection to the Internet or is out of Bluetooth range of any of your other signed-in devices, it can't be tracked by your own devices.

This is where the Find My Device Network crowdsourcing comes in. And when you flag a device as lost, you get “crowdsourcing help finding it.”

It is assumed that the other neighboring enabled Google Play services including Android phones be able to locate the device lost through the Find My Device Network from company Google.

When you see a device you've marked as lost, you get a notification from the Find My Device app, and Google tries to ring the device at the time it was seen.

The person who finds the lost device will not receive any information about the owner of the said device, protecting the privacy of the owner.

Once a lost device is found, the owner can pick it up by going to the location where it was last detected. However, it is not necessary that the owner of the device is the only person who can receive the lost device.

Find My Device hints that you're able to add co-owners to your device, and those co-owners can see the location of the device you've flagged as lost.

Adding a co-owner requires some prep. You have to generate an encryption key embedded in the QR code or in a file, and you need to store it outside the device eg on an external storage drive, or in the cloud.

To prevent abuse or unintended sharing requests, the other user needs to accept the sharing invitation from the owner. The other user can decline or abandon the invitation after accepting it.

And when you share access to a device with someone else, they can track your phone's location from the Find My Device app.

And if you have your phone with you, that means they can see your location. Each co-owner can also see the email addresses of all other owners.

If you choose to erase a device remotely, it is removed from the Find My Device Network and reset to factory state.