Leonardo da Vinci, the man who wanted to know everything

Universal spirit born too early to be able to exploit his genius to its full extent, Leonardo da Vinci is a myth whose certain feats are still little known to the general public.

Born in 1452 in Vinci, a small Italian town in Tuscany near Florence and died in France in 1519 Leonardo da Vinci is the very example of a universal spirit if ever there was one and the symbol of the Italian Renaissance and its artists -engineers. We know of course the painter who produced  The Mona Lisa and  The Last Supper, but less the architect, the physicist , the philosopher, the mathematician and the geologist . On the other hand, everyone sees him as the engineer who seems to have anticipated with centuries in advance the helicopter, the parachute or even the autonomous spacesuit and the tank. 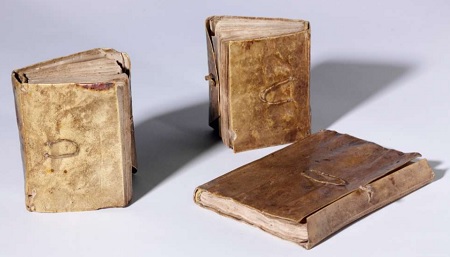 The well-known thoroughness with which Leonardo da Vinci drew his machines, just like his studies of human anatomy, is all the more surprising since these works of art were made on small notebooks. On this photo are gathered the three notebooks forming the  Codex Forster , measuring approximately 9 cm by 6. ©  Victoria and Albert Museum

These studies are known by the fragments of his work, preserved but scattered, in the form of drawings of anatomy, engineering in hydraulics and mechanics, botany with legendary elegance. These creations are taken from his notebooks where he wrote down his reflections and his works based on observation, experimentation and sometimes mathematics, anticipating modern science.

Drawings illustrating famous manuscripts, such as the  Codex Atlanticus , kept in the Ambrosian Library in Milan (it contains 393 pages representing around 1,600 leaves, some of which are written on both sides), have entered the collective imagination. One of the most famous is that of the Vitruvian man, supposed to represent perfect human anatomy and the harmony of proportions in the universe, inspired in this by the Florentine Platonic intellectuals of his century.