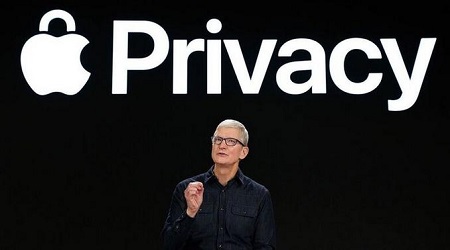 Known company Apple as one of the companies interested in our users ' privacy and digital security. From the problem of iPhone hacking by NSO Group software to the company's new system for checking users' photos, Apple has gone through a lot.

The company recently revealed the CSAM plan. During the implementation of this plan, the photos on all users' phones will be scanned for child sexual content. CSAM is an acronym for Child Sexual Abuse Material. Any material relating to the sexual abuse of children.

The update was revealed through the company's official website in a completely quiet manner. However, this did not prevent the news from spreading, and of course opinions differed about it.

Apple's CSAM plan and its relationship to digital rights

Perhaps Apple's move is a good step and is in the interest of children's safety. However, doing that by scanning all users' photos on their phones and iCloud will not appeal to all users.

Honest users may find themselves having to have Apple check their photos periodically just because they want to. Apple may have exposed itself to an unnecessarily large problem when making this decision. As users may lose confidence in it, which is a huge loss for it.

These events come in light of the fact that iPhone phones are easily vulnerable to hacking through the software of the Israeli company NSO. This point was very sensitive when Apple announced its CSAM plan. Apple is now fully scrutinizing users' photos, unable to prevent NSO hacks.

For now, it can be considered closed. Because reversing the new system after it was announced is not possible in more ways than one. The governments have welcomed this system and expressed their support for it.

In light of all these events, the call for the digital rights of each user began. and to be legally and effectively enacted. Among these digital rights is the prevention of tracking and surveillance, and in one way or another, through the new CSAM plan, all iPhone users will be monitored.

These tracking and monitoring have caused many problems, including the Cambridge Analytica scandal for Facebook, NSO's ability to breach users' security and privacy, and even the CSAM scheme that puts poison in honey.

For his part, Tim Cook, the company's CEO, has remained completely silent and did not comment on the new company's plan, nor did he respond to the criticism that the company was exposed to after the official announcement.