Members of the Taliban train in a sports hall in the presidential palace, while others are having fun in an amusement park 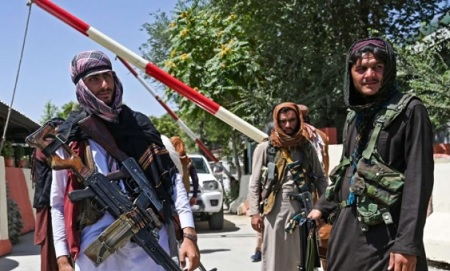 Activists circulated on the communication sites, a video clip of Taliban elements practicing sports inside the “Jim” hall in the presidential palace in the capital, Kabul.

The Taliban are shown exercising on different devices, and some of them are laughing in a scene that seems to carry a lot of joy and happiness for the movement that returned from the mountains to the palaces after 20 years of war.

In another video, fighters from the movement are shown having fun in an amusement park.

The Taliban entered the capital, Kabul, on Sunday, after taking control of most of the Afghan provinces, which fell one after another at the hands of the movement's fighters.