The Taliban announces a "general amnesty" for all state employees 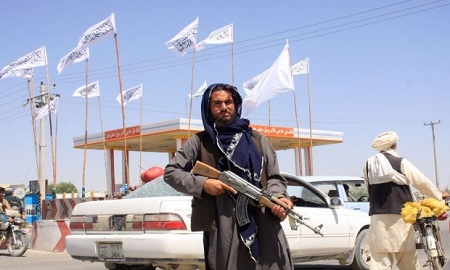 The Taliban announced on Tuesday a "general amnesty" for all state employees, calling on them to return to work, two days after seizing power in Afghanistan after a lightning attack.

"A general amnesty was issued for everyone (..), so you can return to your normal life with complete confidence," the movement said in a statement.

Since the beginning of the withdrawal of US and NATO forces from Afghanistan last May, the Taliban forces have made vast gains on the ground. And took control of the capital, Kabul, in sudden rapid progress.

Many Afghans accustomed to the freedom they have enjoyed in the past 20 years, especially women, fear the Taliban's return to power.

When it ruled the country between 1996 and 2001 before an international coalition led by the United States drove it from power, the Taliban imposed its extremist version of Islamic law. Women were prevented from going out without a mahram and from working. Girls' education was also prohibited, and women accused of adultery were subjected to flogging and stoning.

However, the Taliban, keen today to show a more moderate image, has repeatedly pledged, if it returns to power, to respect human rights, especially women's rights, in accordance with "Islamic values".