Will the Covid-19 epidemic ever end 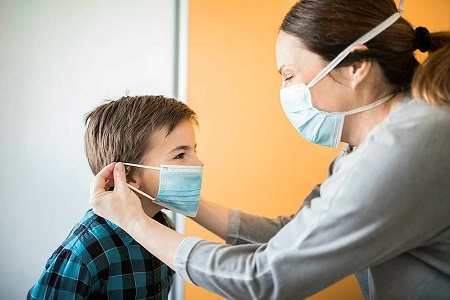 Will we ever see the end of the coronavirus pandemic? What might the next few years look like? We asked these questions to epidemiologists, virologists and WHO officials. They draw three options in the medium and long term, more or less optimistic.

Successive waves, new variants, various restrictions... For more than a year and a half, the coronavirus has been impacting the daily life of the whole world. With the impression of never getting out of it.

Hence this question to which we would like so much to have an answer: when will it end? "To make a prognosis on the evolution of the epidemic is difficult because it reserves many surprises", warns professor Didier Houssin, president of the Committee of emergency Covid-19 of the World Health Organization. Because if the coronavirus pandemic has taught us one thing since its appearance, it is to be cautious about possible forecasts.

"I reassure you right away, there will be an end to the pandemic", we can nevertheless affirm, according to the epidemiologist Yves Buisson. As a reminder, a pandemic refers to the phase when an epidemic develops and is present throughout the world. "The situation we are currently seeing with a highly transmissible variant that is causing an upsurge in cases and hospitalizations will eventually return to normal," agrees virologist Bruno Lina, a member of the Scientific Advisory Board, who asserts that "the worst is behind us. The question of when, and especially how, will remain.

According to several specialists contacted by Ouest France, in the medium and long term, three scenarios are emerging. In the first one, the most pessimistic, the pandemic will not stop because of new variants. The second scenario, the most likely, imagines an epidemic reduced to the endemic stage, with a virus that continues to circulate but in a less serious way. The last scenario is that of the eradication of the virus but it is unfortunately very unlikely.

1. The epidemic remains important because of new variants: possible but not the most probable

The evolution of the epidemic is like a match between two dynamics: the acquisition of immunity (through contagion but especially through vaccination) and the capacity of the virus to mutate. If the second wins, we enter the first scenario, which is a bit like the disaster scenario.

In the worst case, an escape variant will appear, i.e. a variant that would not be recognized by the antibodies obtained by a previous infection or by the vaccine. "This would then require a possible update of the vaccine with a booster," says Mircea Sofonea, lecturer in epidemiology and evolution of infectious diseases at the University of Montpellier.

The appearance of new variants is very difficult to anticipate. But fortunately, this worst-case scenario is not the most likely. Already because the ability of the coronavirus to mutate seems limited. "For the moment, all these viruses are identical, the variants are the same virus that has simply evolved genetically," explains Bruno Lina. Secondly, because the variant that will dominate the others is the one that is the most contagious and that transmits the most. But is it really possible to have a more contagious variant than the Delta variant? "It's hard to imagine because it's already one of the most transmissible viruses in the world," says the virologist.

But WHO official Didier Houssin, former Director General of Health in France, warns: "It is possible that the virus will continue to circulate very actively in countries without resources and without access to vaccines. As it circulates, it may change and come back to us transformed, in a form that will be difficult to control. Hence the need for international vigilance on this issue and the importance of providing assistance to countries with limited resources.

2. The coronavirus becomes endemic with fewer severe forms: the most likely

Second hypothesis, SARS-CoV-2, responsible for Covid-19, continues to circulate but in a less severe way. "This respiratory virus will end up behaving like other respiratory viruses, i.e. switching to a certain seasonality and reducing its impact," anticipates Bruno Lina. According to this virologist, "gradually, this virus should lose its pathogenic power and virulence and evolve slowly to become a commonplace virus.

This would be an endemic phase, not a pandemic. "Variations are then much weaker and the few epidemics remain localized and transitory. We would remain with a relatively constant low-noise circulation," explains Mircea Sofonea. ﻿
Severe and critical cases could be prevented by the vaccine, but the circulation of the virus with its milder symptoms should continue, including for the long Covid. "It would add SARS-CoV-2 to the group of endemic coronaviruses that circulate every winter and cause colds," adds this epidemic specialist.
"Epidemics would then be seasonal," confirms epidemiologist Yves Buisson, much as we see with the flu. In the case of this hypothesis, booster doses can be put in place to avoid serious cases and certain barrier measures could remain necessary.
This is the most likely scenario. "We are sure that this option will happen in the long term," explains Bruno Lina. Immunologist Alain Fischer, coordinator of the French vaccination strategy, said in April 2021 that this hypothesis was "highly plausible". But "no one is in a position to say when we will move towards this scenario," adds Yves Buisson. The difference in timing, according to him, will depend on the level of collective immunity acquired at the international level. "It's certainly not in two months, but probably not in five years either. It should happen in the next year or two," says Bruno Lina.

The most favorable hypothesis would be the eradication of the virus so that it becomes a distant memory. In the history of pandemics, this has already happened. Vaccination has already allowed smallpox to disappear, for example, and polio is about to disappear as well. But that option is really out of reach in the case of Covid-19.
"The virus is not going to disappear, we're going to keep it with us in the same way that we've kept other coronaviruses that cause colds," warns Bruno Lina.
"We won't be able to eradicate it," agrees Yves Buisson, particularly because smallpox is "exceptional. "Smallpox is the only example of an infectious disease that we have been able to eradicate, especially because the vaccine is very effective against infection and transmission, because there is no mutant and when there is no animal reservoir," says Mircea Sofonea.
All these properties are not found in the virus that is at the origin of Covid-19.﻿ The vaccines we currently have, even if they remain very effective in preventing severe forms and must therefore be administered as much as possible to control the epidemic, do not totally prevent infection and transmission.
As mentioned above, the ability of the virus to mutate also hinders the possibility of disappearance. "This virus has an adaptability like flu viruses, so it will reappear," warns Yves Buisson. Finally, the large number of asymptomatic but contagious people makes it difficult to control the coronavirus and therefore its hypothetical final end. We may well hear about the coronavirus for a long time to come.