Apple Keynote 2021: meet on September 14 to discover the new iPhone 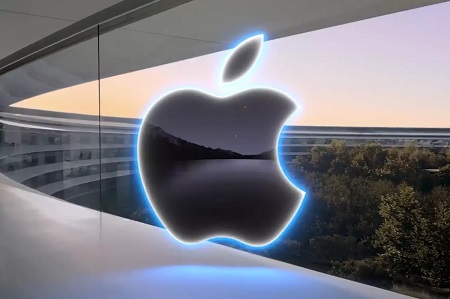 KEYNOTE. Apple has just revealed the date of its next conference to be held on September 14th. The latter should allow us to discover the new iPhone 13, but also other products.

Surprise! Apple has finally revealed the official date for its next Keynote conference. Many analysts were not mistaken in predicting an event for September 14 or 15. It is finally the first date that was chosen by the Cupertino company to unveil its future tech products. Among the most anticipated announcements of the evening, we obviously find the next iPhone 13 , but other products could also be unveiled during the evening.

What date for the next Apple Keynote 2021?

Numerous rumors and leaks on the net have tried to predict the exact date for Apple's next conference. It must be said that the brand takes its time, and only announces its events a few days in advance! The final date chosen for the next conference was unveiled by Greg Joswiak, the brand's vice president of marketing.

Apple's next Keynote will be on Tuesday, September 14. Regarding the schedule, it will be organized in streaming at 10:00 am PDT which corresponds to 7:00 pm with us. Regarding its duration, and if Apple sticks to its habits, this Keynote should last a little over an hour. This will depend on the different announcements, and it is not impossible that the firm will keep some of its latest for another conference that would take place at a later date.

Several rumors of insiders like Jon Prosser or the LeaksApplePro Twitter account suggested that Apple would ignore the name "iPhone 13" for its next smartphone. The reasons given are still unclear, but since this figure is generally a sign of misfortune in several countries, it would not have been surprising that everything started from there. The first names to emerge during exclusive revelations did not mention an "iPhone 13", but an "iPhone 12S"

However, the LeaksApplePro account seems to have changed its mind, and announced that the final name of Apple's next smartphone would indeed be "iPhone 13".

Being told the change from 12s to 13 is fundamentally based on the smaller notch.

The iPhone will look complete different, therefore it needs a different number.

Im awaiting confirmation and will tell you in a couple days, but seems like 13 is the final name.

We will have to wait a few more weeks before discovering the different characteristics of this new iPhone, which could well be available in several versions, as was already the case for the iPhone 12. It would not be surprising if Apple decides to repeat its 2020 strategy by presenting an iPhone 13 mini and an iPhone 13 Pro (see Pro Max). The first case remains open, however, as the iPhone 12 mini has not really been a hit in terms of sales this year, despite its proposal to offer a phone that is smaller and easier to use on a daily basis.

The first features on the run

Among the various rumors and leaks that have taken place in recent weeks, several specificities relating to the iPhone 13 are interesting. First of all, the iPhone 13 would be a bit thicker than its predecessor. This would also have repercussions on his photo block which would still be as prominent as ever. The notch on the front, however, would be a bit thinner, without disappearing completely as is the case with some Android devices.

The Cupertino company intends to impose a little more its famous Face ID technology which allows you to unlock your phone only by standing in front of it. The Bloomberg site reports that the iPhone 13 would even do without Touch ID, which until now allowed you to unlock your smartphone with your simple fingerprint. A rather surprising announcement in this period of Covid-19 which makes the use of Face ID with a mask very restrictive.

The new screen of the iPhone 13 should have OLED technology, and especially a refresh rate of 120 Hz. News that will delight many fans of the Apple brand, who had decided to ignore on this improvement in 2020.

Difficult to comment for the moment on the tariffs related to the iPhone 13 and its various mini and Pro versions (if they exist at all). It may however be quite logical to take the prices already charged for the iPhone 12, and imagine that its successor will be sold at such a price. If we take the scales established in 2020, the practical prices for the iPhone 13 would be as follows:

Please note, however, that these prices are subject to change. Apple has surprised us in the past by unveiling new more or less expensive models. To be completely fixed on the price of the iPhone 13, it will unfortunately be necessary to wait until the Keynote in September.

While waiting for possible availability for the iPhone 13, we remind you that its predecessor, the iPhone 12 is still available at several specialist retailers, and that promotions are regularly held on its different versions (mini, pro and pro max) in order to benefit from the best of Apple at a lower cost.

What other announcements can we expect from the September Keynote?

Although the iPhone is usually at the center of Apple's conferences at the end of the year, the brand may well showcase other versions of its flagships. Among these, we expect the revelation of a new iPad, an Apple Watch Series 7 and especially a Macbook M1. These new products could however be the subject of other conferences organized a little later in the month according to some insiders.

On the tablet side, it is not one, but two products that are expected at the end of 2021. Several reports and hopes are already betting on the announcement of a new iPad 9, as well as an iPad mini 6 which could replace their predecessors.

Apple has accustomed us to presenting a new version of its famous connected watch at the end of the year. The Apple Watch Series 7 should therefore point the tip of its nose during the various announcements in September. The latter should have a more powerful processor than its predecessor, as well as new features. Answers within a few weeks.

Finally, this is perhaps one of the most anticipated announcements among those to come: Apple may well announce a new version of its Macbook laptop. After an M1 version released last year and hailed for the specialized press, the Cupertino company intends to offer a new Macbook Pro, this time equipped with a new M1x chip. The latter could even be the focus of a brand new Mac mini to come also in the coming days. See you on September 14 for our live dedicated to the event.