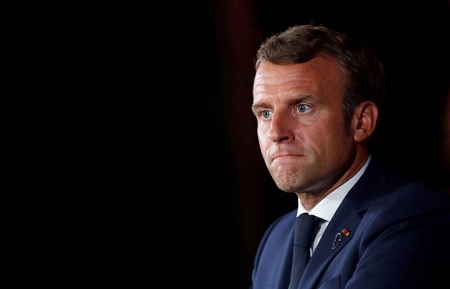 In the columns of the Figaro of this Tuesday, October 12, Aurélien Pradié, one of the rising figures of the Republicans, asserts the chance of his party to defeat Emmanuel Macron, if he knows how to gather, facing a "solitary" president.

He has regained confidence in his political family. Aurelien Pradié, LR deputy from the Lot, and secretary general of the party, said in the columns of Le Figaro this Tuesday, October 12, that he believed that if his party managed to unite after the December 4 congress, they could hope to defeat Emmanuel Macron. For this deputy, a young heavyweight of the right, the advantage that his political family has over the head of state, is precisely that they are a family, and that they can find their strength in the union, against Emmanuel Macron, whom he considers "self-centered and solitary".

He repeats and details it: the gathering is the condition sine qua none of the victory of the right, and this, even if some did not believe in it, or attacked the method chosen by the Republicans: "The sad sires explained to us that we would not manage to gather on December 4, that our calendar was bad, that we were the dumbest right in the world." But according to the deputy, the process finally chosen, of the designation of a candidate in Congress is the right one, and will know how to bear fruit: "Today, we know that we will have a single candidate in early December. Emmanuel Macron can worry about it. And we, congratulate ourselves."

"Be up to the gathering," or disappear

He seems to regret it, there is no political figure of the right in our time strong enough to stand out, and generate adhesion spontaneously: "I do not want to sound brutal, but today we have no General de Gaulle, Jacques Chirac or Nicolas Sarkozy." And without the natural leaders of this now orphaned right, we must rely on a family council, a union towards success: "Our chance of victory is by forming a French team. This is a real chance in the face of an egocentric and solitary Macron."

But Aurelien Pradié knows that his party is coming back from a long way, and remains vigilant about the threats of division that still hang over him: "I had serious concerns. I feared the small personal political calculations of those who assumed that on division, misunderstanding or a small mouse hole, they could succeed." As secretary general of the party, unity and togetherness are part of the good word that he makes a point of preaching to the various candidates at the convention: "I've told the candidates several times that they have to live up to the rally or they will all disappear." Unite, or die, that is the question for the right, which the adherents will decide, on December 4.