Snapchat : bug on stories, problems with messages ... What is happening? 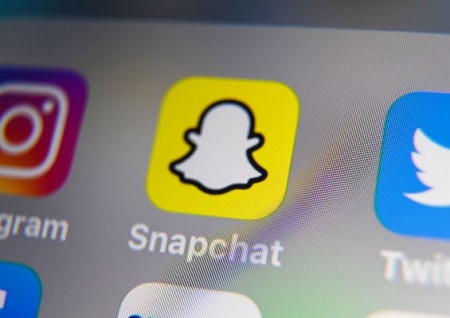 The Snapchat application announced that it had resolved its dysfunctions on Twitter, while bugs had been reported since 12:30 pm by users around the world, a network failure considerably handicapping them: it didn 't It was sometimes no longer possible to send messages or create a new "story". In particular, sending images was a problem for users.

The issue has been fixed! If you're still having trouble, please let us know. Happy Snapping!

Massively reported by a large number of Internet users, the difficulties and other bugs, the difficulties and bugs of the application were mainly reported on the Downdetector site., a collaborative platform that identifies breakdowns and incidents among the main players on the Web. At 2:00 p.m., he mentioned nearly 8,000 reports of malfunctions. Around 2.15 p.m., the number of users experiencing difficulties was in decline, it seemed that the corrections made had then borne fruit. At around 3 p.m., a new wave of reports tended to confirm that the outage was not resolved. At 3:50 p.m., on the other hand, the concerns related to the application seemed much less numerous. On Twitter, at 4:30 p.m., more than 34,000 tweets were gathered under the hashtag #snapchatdown, ranked in top search trends.

Snapchat down this Wednesday, October 13

According to data collected by Downdetector, 50% of users reported connection problems, 29% said the app was malfunctioning and 21% said they could no longer send photos and post messages. stories on Snapchat as they wanted. It is not known at this stage what the reason for this outage is, but Snapchat's services quickly took stock of the problem: the group even communicated via Twitter to indicate that everything was being done to resolve the bugs observed. For now, Snapchat remains discreet on the causes of the problem, an upcoming communication should provide some answers to all the questions that remain.

Were aware that some Snapchatters are having issues using the app right now - hang tight, were looking into it!

Regular users of social networks will observe that this Snapchat outage comes a few days after a worldwide, historic, hours-long outage of Facebook, WhatsApp and Instagram. A really ordinary update from one of Facebook's services had created this giant outage. In France, this Wednesday, October 13, it is the French host OVH which was confronted with technical problems, for more than 2 hours. OVH was the victim of improper handling when updating a router. The failures at these web giants are therefore probably unrelated. There is also no link between the bug that occurred at OVH and the one currently hitting Snapchat, the social network being hosted at AWS and Google Cloud, and not at OVH.