CNN news anchor Wolf Blitzer was lampooned today for ‘going to the wrong city’ after he said he was reporting from Edinburgh on the COP26 Glasgow conference.

The 73-year-old veteran broadcaster tweeted a photograph of himself in a studio in front of Edinburgh Castle, 50 miles away from where the event is taking place.

But Twitter users told the American journalist that he was ‘in the wrong city’, with one saying: ‘If you’re in Edinburgh you’re in the wrong place fella.’

Another said: ‘Yeah, that’s just down the road from Glasgow. Why not pop over to Loch Ness at lunchtime for a spot of monster hunting?’

A fourth added: ‘Morning folks! We’re here in Birmingham to bring you full coverage of the royal wedding in London!’ 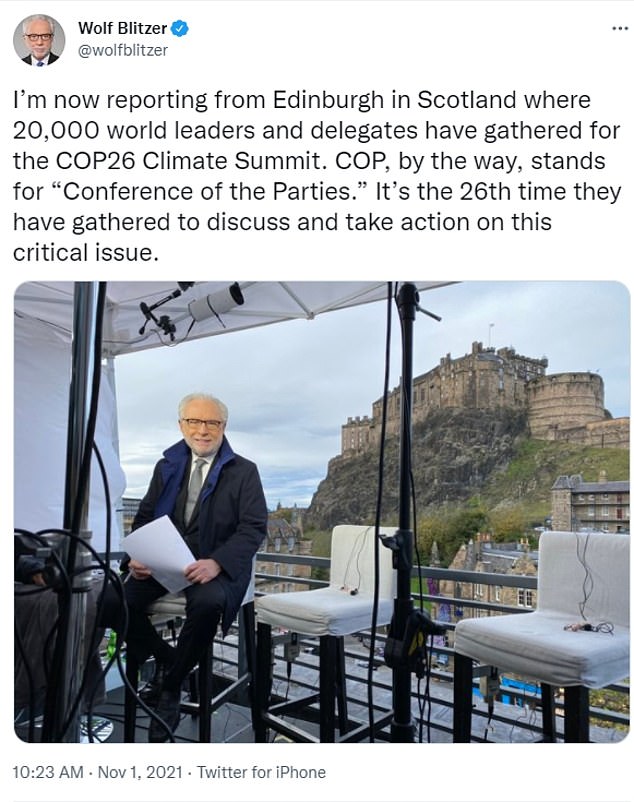 And another tweeted: ‘This reminds me of that time I went to NYC to visit the White House.’

Mr Blitzer tweeted today: ‘I’m now reporting from Edinburgh in Scotland where 20,000 world leaders and delegates have gathered for the COP26 Climate Summit.

‘COP, by the way, stands for ‘Conference of the Parties’. It’s the 26th time they have gathered to discuss and take action on this critical issue.’

Mr Blitzer had been in Rome for the G20 summit along with fellow reporters Nic Robertson and Kaitlan Collins, before leaving for Scotland yesterday.

One potential reason for him being in Edinburgh is that US President Joe Biden flew into the city in Air Force One this morning from Rome.

MaIlOnline has contacted CNN this morning for comment on the location choice. 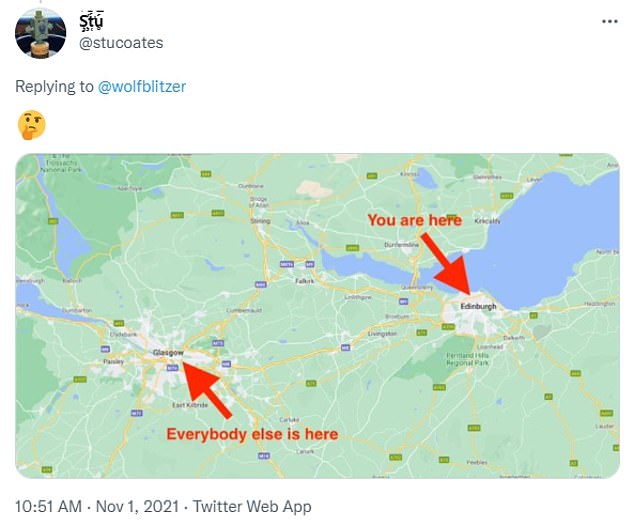 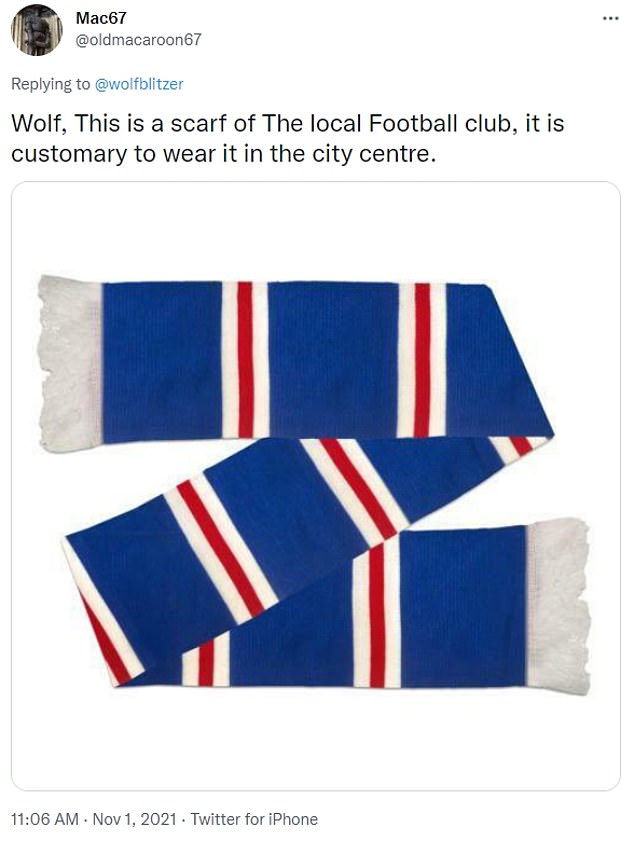 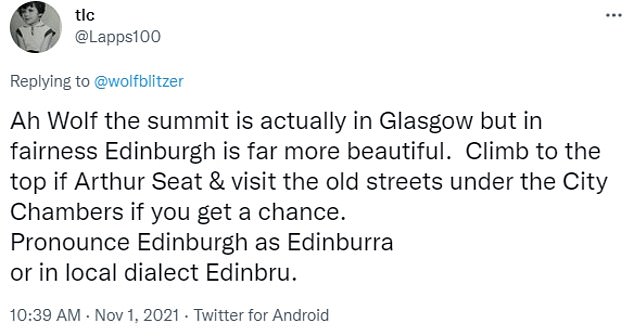 It comes as world leaders face calls for urgent action to limit dangerous temperature rises as they gather for a summit at the start of a crunch UN climate conference.

Prime Minister Boris Johnson, who will welcome leaders, will tell them that humanity has ‘long since run down the clock on climate change’ and must act now to tackle the crisis.

Prince Charles, who is addressing leaders at an opening ceremony for the talks alongside Mr Johnson, is expected to stress the urgency of action – calling for the world to be on a ‘war-like footing’.

Around 120 heads of state and government are set to attend the world leaders’ summit at the start of the COP26 talks, where countries are under pressure to increase action in the next decade to tackle dangerous warming.

US president Joe Biden, European leaders and India’s Narendra Modi are among those attending the talks, although the heads of key major economies including China’s Xi Jinping and Russian president Vladimir Putin will not be there.

The conference in Glasgow is seen as the moment when countries must deliver on pledges made in the accord agreed in Paris six years ago, to limit temperature rises to well below 2C above pre-industrial levels and pursue efforts to curb warming to 1.5C – beyond which the worst impacts will be felt.

There is also pressure on developed countries to deliver a long-promised $100billion a year in climate finance for poorer countries least responsible for and most vulnerable to climate change, and address loss and damage caused by the impacts of global warming.

And there will be efforts to drive action by countries, regions, and businesses to curb emissions in sectors such as power with efforts to phase out coal, as well as finalise parts of the Paris climate accord agreed in 2015 to make it effective and operational.