Crisis in the West Indies: the dialogue is broken between the unions and the Minister of Overseas France

For several days, the tension is palpable in the West Indies. The Minister of Overseas France is on site to try to calm down a very complicated situation. 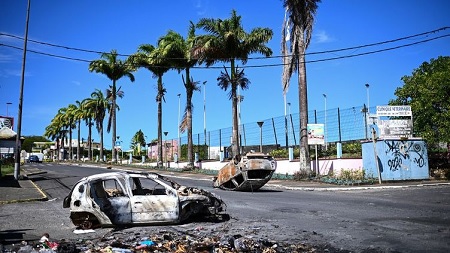 The crisis in the West Indies continues to create a rarely seen tension. Martinique and Guadeloupe are in the midst of clashes and outbursts. In order to deal with the situation, Sebastien Lecornu, Minister of Overseas France, arrived on site to try to restore calm. Jean-Baptiste Marteau, journalist for France Télévisions, live from Pointe-à-Pitre (Guadeloupe), tells us more about the first discussions.

The meeting was short-lived

"In barely ten minutes, four union representatives quickly left this sub-prefecture of Pointe-à-Pitre", says the journalist. The Minister of Overseas France asked to clearly condemn the acts of violence that had occurred. A request that resulted in "a categorical refusal of the trade unionists," he reports. A hundred or so are currently "marching under the minister's windows", he concludes.

TIME and Ally Financial Name 2022 Dealer of the Year