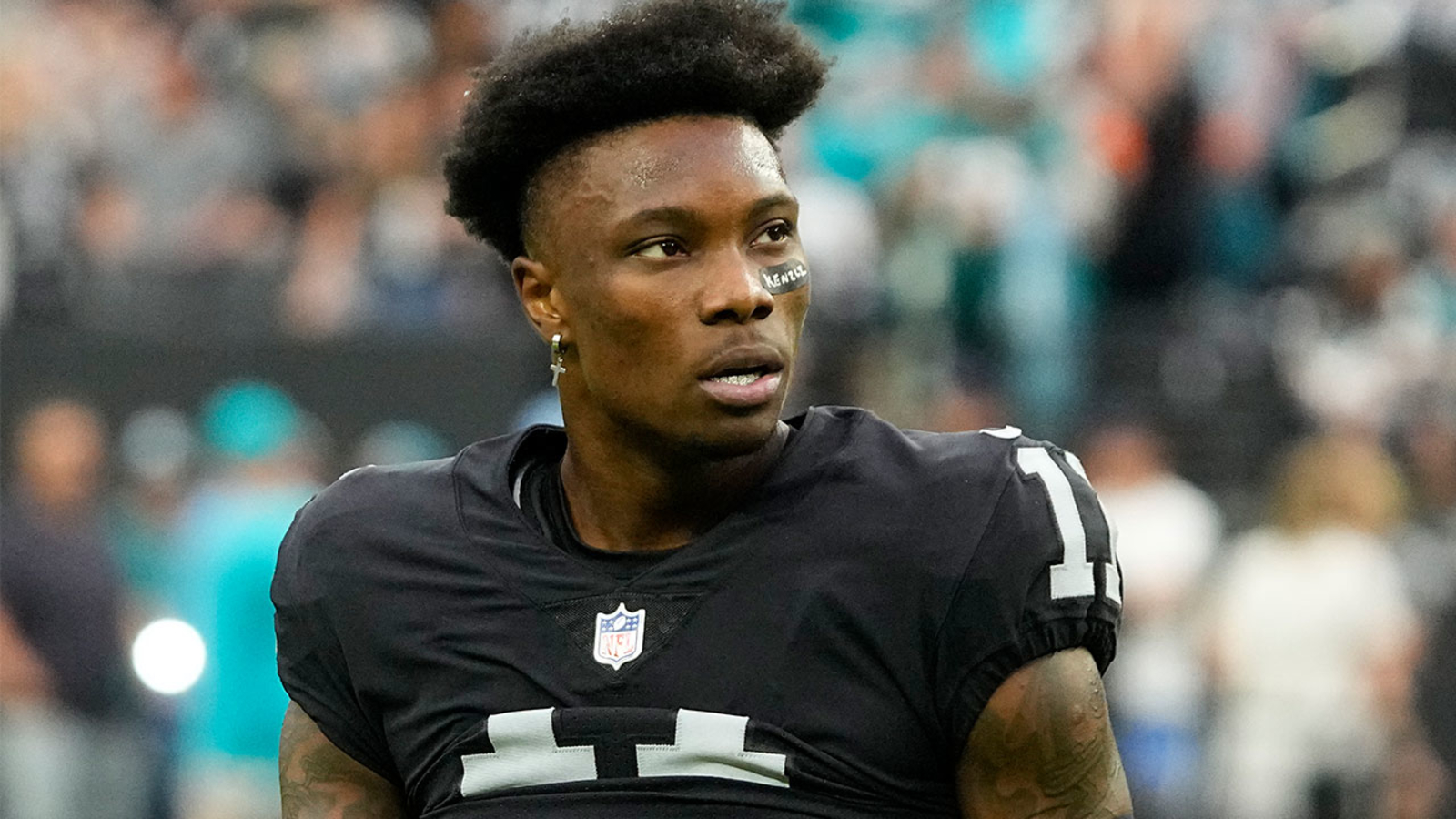 LAS VEGAS — BREAKING NEWS: The Las Vegas Raiders have released wide receiver Henry Ruggs III who is facing multiple felony charges after a vehicle crash that left a woman and her dog dead.

Raiders wide receiver Henry Ruggs III was released from a hospital to a Las Vegas jail ahead of an initial court appearance Wednesday on multiple felony charges after a fiery predawn vehicle crash that left a woman dead and Ruggs and his female passenger injured, police and his attorney said.

Ruggs, 22, and his passenger were hospitalized with unspecified injuries that police said did not appear life-threatening after the Chevrolet Corvette he was driving slammed at high speed into the rear of a Toyota Rav4 on a busy thoroughfare in a residential area several miles west of the Las Vegas Strip about 3:40 a.m. Tuesday.

The Toyota burst into flames and the driver and her dog died, police said. The woman was not immediately identified.

Ruggs “showed signs of impairment,” police said in a statement that did not identify the woman who died, the injuries that Ruggs or his passenger received or name Ruggs’ passenger, who remained hospitalized.

Ruggs faces felony charges of driving under the influence of alcohol resulting in death and reckless driving, court records show.

Clark County District Attorney Steve Wolfson did not immediately respond to messages about the charges.

Probation is not an option in Nevada for a conviction on a charge of DUI causing death, which carries a possible sentence of two to 20 years in state prison. The possible sentence for reckless driving is one to six years in prison, with probation available.

Ruggs’ attorneys, David Chesnoff and Richard Schonfeld, said they are investigating the crash on behalf of their client “and ask everyone to reserve judgment until all the facts are gathered.”

Chesnoff declined additional comment after Ruggs was released from University Medical Center and booked into the Clark County Detention Center.

The Raiders released a statement saying the team was aware of the crash, “devastated by the loss of life,” and “in the process of gathering information.” It said the team’s thoughts and prayers went out to the victim’s family and that there would be no additional comment.

NFL spokesman Brian McCarthy issued a statement saying, “Our hearts go out to the family and friends of the victim of this horrific tragedy. We will continue to gather facts and monitor the matter under our policies, but our thoughts at this time are with those impacted by this devastating incident.”

Players charged with a felony are eligible to be placed on the commissioner’s exempt list where they still get paid but are ineligible to practice or play while the case is being adjudicated.

Ruggs is a second-year wide receiver who was picked 12th overall in the 2020 draft after a productive three-year career at Alabama, including helping the Crimson Tide win the NCAA championship as a freshman in 2017.

Ruggs is from Montgomery, Alabama. He caught 12 passes for 229 yards and six touchdowns as a freshman with Alabama in 2017, including a 6-yard touchdown pass from Tua Tagovailoa in the 26-23 victory against Georgia in the championship game.

The crash occurred three weeks after Jon Gruden abruptly resigned as Raiders coach over emails he sent before being hired by the team in 2018. Gruden stepped down after The New York Times reported that the emails had racist, homophobic and misogynistic comments.

The AFC West-leading Raiders (5-2) have won two in a row under interim coach Rich Bisaccia and now return to the field this week without their leading receiver in yardage. They’ll visit the New York Giants (2-6) on Sunday.