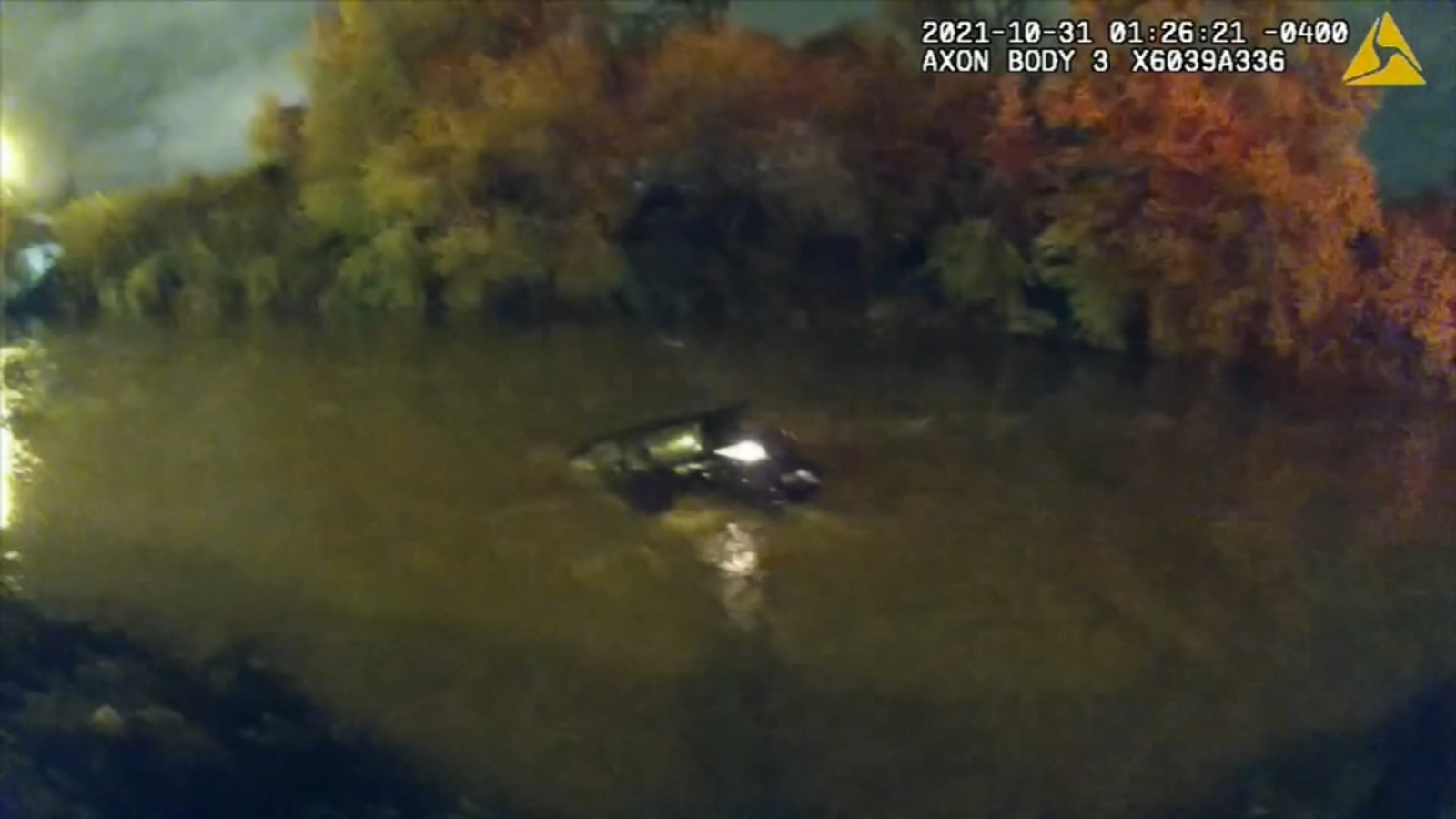 MUNCIE, Ind. (WLS) — Three Muncie, Ind., police officers are being hailed as heroes for saving a woman whose car plunged into the White River.

She was able to make a terrifying call to police for help, telling them the doors won’t open and she can’t get out.

“I don’t know what happened,” she says in the call, “I think my eyes went blank or something. Again, in the river and I can’t get out.”

Officer Casey Bell’s body camera was rolling as he jumped into the river.

Behind him, Sergeant James Lenox handed him a baton to smash the window. It took several hits to shatter it, making a hole big enough to get his arm through, but the doors still won’t open. He and another sergeant were able to pull the 18-year-old woman out through the open window since she did not have her seatbelt on.

The woman did suffer some injuries, but they are not life-threatening. Police said no other people were in the car.