Russia’s military advance across Ukraine has galvanized global public opinion to the point that timid EU governments and the Brussels bureaucracy have been forced to remove their blinders and make far-reaching sanctions decisions that only three or four days ago were considered totally impossible. Within the EU, fear of the political costs of being seen as sitting by and doing little in the face of the Russian invasion of Eastern Europe’s largest independent country has apparently tipped the balance. 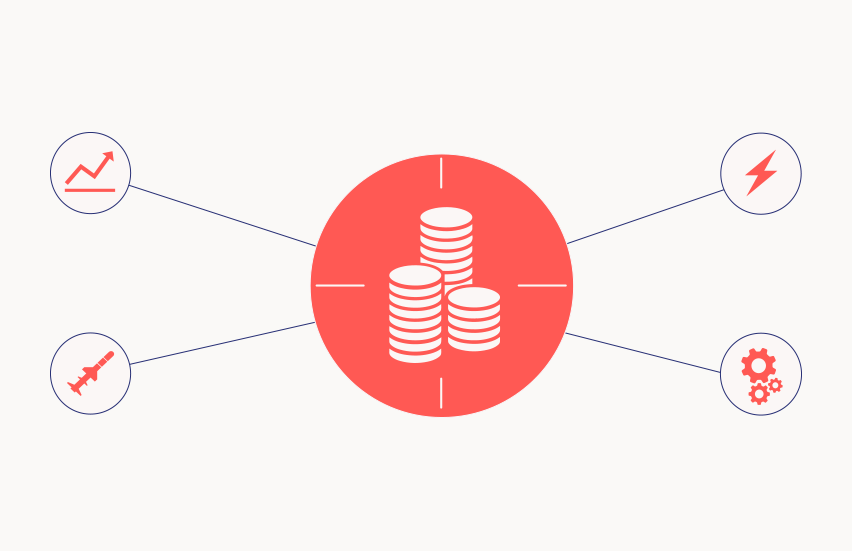 Thanks in part to extensive media coverage of civilian casualties and mounting refugee flows as well as a tight social media focus and public demonstrations, highly complex sanctions decisions worth billions of Euros have been reduced to the crudest level of campaign slogans, which unexpectedly if not miraculously forced most fence-sitting EU governments to reverse course practically overnight (February 25-26) and fall in line behind their more energetic US and UK counterparts in activating ever tougher sanctions measures, including approval of the exclusion of some Russian banks from the SWIFT banking communications network, flight bans and applying sanctions to Russian’s ally Belarus.

Moving faster and deeper than anyone had hoped

Sanctions are a blunt instrument, and they have been chosen time and time again to make the leadership of any involved country feel better about “doing something.” Collateral damage to the countries applying the sanctions becomes a secondary consideration, if not ignored completely. Sanctions debates will be ongoing until this conflict’s final outcome is determined; what is problematic is the ongoing process of massive oversimplification of the West’s sanctions toolkit in the mind of the public, which basically demands to see the biggest available economic weapons fully deployed immediately, regardless of cost.

EU doing much more than expected, but not everything possible

As the Russian advance on Ukraine continued, the internal resistance to tough sanctions from a number of EU member states steadily melted away, as previously noted. Over the last days of February, the world was treated to a dizzying array of EU sanctions announcements covering everything from aviation, finance, high-technology exports and the so-called “golden visa” scheme and these were expanded as well to cover Belarus. Energy sales have largely remained off the table for now, but the strangulation of financial flows and some technologies will have an impact on that sector over time.

A substantial expansion of financial and capital markets restrictions targeting additional (second wave) Russian banks and other entities, as well as deposits and investment by Russian nationals, residents within the EU and controlled entities;

Wide-ranging restrictions on trade in goods and associated services, including “dual-use” and various other items, especially semiconductors, and components for the oil refining, aviation, and space sectors;

New designations of Russian and Belarusian individuals, including Russian President Putin and Foreign Minister Lavrov. As of now, 654 individuals and 52 entities are designated under the EU’s Russian sanctions regime, entailing an asset freeze, EU travel ban and a prohibition on making funds or other economic resources available to the listed persons or entities they control.

Bring the pain to Russia’s economy

The February 25 EU sanctions were designed to cut Russian access to the most important capital markets. They also prohibit the listing and provision of services in relation to shares of Russian state-owned entities on EU trading venues. Ukraine supporters have taken heart in the fact that the ruble’s value has dropped sharply in trading since the sanctions were announced.

Brussels also introduced new measures to significantly limit the financial inflows from Russia to the EU, by prohibiting the acceptance of deposits exceeding certain values (€100,000) from Russian nationals or residents, the holding of accounts of Russian clients by the EU Central Securities Depositories, as well as the selling of euro-denominated securities to Russian clients.

There has been strong resistance within the EU to removing Russia from the SWIFT financial services communications network, most notably from Germany. However, there has been substantial progress on that front. A “select” number of Russian banks will be removed from the SWIFT system to “ensure that these banks are disconnected from the international financial system and harm their ability to operate globally,” the US, UK, Canada, and EU said in a joint statement February 26. The specific banks are yet to be identified.

Complete removal of Russia from SWIFT would make EU country payments for Russian energy deliveries difficult if not impossible, and remains off the table for the time being. Nevertheless, full ejection of Russian banks from the SWIFT system has become a key demand of Ukrainian immigrant groups in the west as well as their supporters.

European Commission President Ursula von der Leyen has also announced she would propose to EU leaders that they should “paralyze the assets of Russia’s central bank” to freeze its transactions and make it impossible to liquidate assets, similar to US sanctions. This is considered extraordinarily substantial once implemented since a G-20 central bank has never been sanctioned before.

The EU will be implementing regulations in the coming days to ban the sale of all aircraft, spare parts, and equipment to Russian airlines, which have also been banned from EU airspace. On energy, the EU will prohibit the sale, supply, transfer, or export to Russia of specific goods and technologies in oil refining and will introduce restrictions on the provision of related services so as to prevent the upgrading of Russian oil refineries. This does not apply to natural gas production.

Regarding technology, the updated EU Russia sanctions regime removes the “military use or end-user” qualifier, and instead imposes a blanket ban on the supply of dual-use items (anything that can be used in the military or civilian sectors) to any Russian person or for use in Russia. A new and extensive EU list will restrict exports of a wide variety of electronics, computers, telecoms, information security, sensors and lasers, navigation and avionics, marine, and aerospace items not already controlled under the so-called “Dual-Use List.” There will be a “humanitarian exception” for most of these technologies if there is no military end-user. This is especially important in light of the global Covid-19 pandemic. Unfortunately, these exceptions have frequently been abused in other international sanctions regimes.

Finally, the EU took decisions on visa policy. Diplomats, other Russian officials, and businesspeople will no longer be able to benefit from visa facilitation provisions, which have allowed them privileged access to the EU. However, the EU decision will not affect ordinary Russian citizens meaning existing visas remain valid.

The sale of EU residence and citizenship to the rich through the so-called “Golden visa/passport” program has also come under attack as it provides an ideal route for Putin’s high-income oligarchs and his other enablers to evade sanctions. In the US, UK, Canada/EU joint statement referenced previously, the signatories warned: “specifically, we commit to taking measures to limit the sale of citizenship – so called golden passports – that let wealthy Russians connected to the Russian government become citizens of our countries and gain access to our financial systems.” here:

In another significant set of sanctions on Russia, the EU announced February 27 it would impose a ban on the Russian state-backed channels Russia Today (RT) and Sputnik in an unprecedented move against Putin’s media machine.

European Commission President von der Leyen explained; “Russia Today and Sputnik, as well as their subsidiaries, will no longer be able to spread their lies to justify Putin’s war and to sow division in our union. So we are developing tools to ban their toxic and harmful disinformation in Europe.”

On February 28, the EU Council adopted regulations to ban the entry of all forms of Russian-registered aircraft from entering EU airspace. Moscow declared a full retaliatory ban on EU airlines and others later on February 28, similar to the measures applied to the UK after it banned Aeroflot from UK airspace.

Prepare for a protracted sanctions campaign

With the ultimate goal being to prevent the incorporation of Ukraine into the Russo-Belarus economic sphere, with whatever fancy new name Putin will give to that grouping, the western public must be educated and prepared for the long haul, especially now that export bans on technology are being toughened and travel restrictions phased-in.

Russia’s share of global GDP is around 3.1% (using PPP methodology). Sanctions will need to be steadily and forcefully applied to ensure this share does not grow and that Ukraine’s resources are not ultimately plundered for the purpose of creating a new East Bloc economic system like the nearly forgotten ancient COMECON trading system. It may actually be time to dust off those 1970s-era Soviet economic planning textbooks.