Sedentary lifestyle, a silent threat to our health

Sitting for an average of 7 hours a day increases the risk of developing cardiovascular disease significantly. 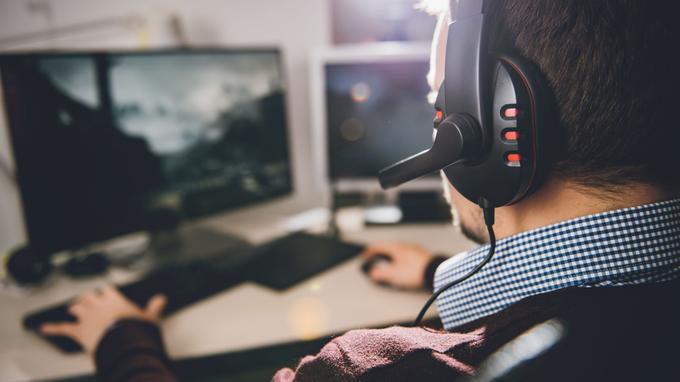 According to the National Observatory of Physical Activity and Sedentary Life (Onaps), the mere fact of sitting for more than three hours a day is already responsible for 3.8% of deaths, all causes combined and whatever the condition. level of physical activity in parallel! The problem is that this threshold of three hours seated is largely exceeded and continues to grow: among people in their forties, the time spent without moving (in transport, at the office, in front of their television, etc.) is estimated at twelve hours during on a day at work and nine on a day off!

Pr François Carré, cardiologist and sports doctor at the Pontchaillou hospital in Rennes, author of Danger sedentarity, living more by moving more (Ed. Cherche Midi), confirms the dangerousness of this situation: “Being sedentary means being sitting for at least seven hours a day on average. However, to compensate for the only deleterious effects of a sedentary lifestyle, it is necessary to have at least 1h30 to 2 hours of physical activity per day. And to this sedentary lifestyle can be added the problem of inactivity: according to the WHO, below 150 minutes of moderate weekly physical activity (i.e. 30 min per day, five days a week) or 75 min of intense physical activity (25 min three days a week), one is considered inactive.

Spending time on your feet lowers the risk of cardiovascular disease

The risks are far from negligible. “Beyond four hours spent in a sitting position per day, each new hour increases mortality by 2%; and beyond eight hours in a sitting position per day, mortality increases by 8%. Beyond ten hours a day, it is even increased by 34%, specifies Professor Michel Galinier, head of the cardiology department at the Toulouse University Hospital. Remaining seated can therefore be considered potentially fatal! Standing all day is different because it works the leg muscles to a minimum and therefore helps to reduce cardiovascular mortality.(but increases venous circulation problems). Thus, the simple fact of going from sitting to standing, a quarter of the time of the day, reduces cardiovascular mortality by approximately 21%.

“Sedentariness, as a collective risk factor, has taken over from smoking because it affects more people. Being sedentary increases classic cardiovascular risk factors, such as overweight , diabetes , arterial hypertension , dyslipidemia,” continues Professor Galinier. Worryingly, “the younger generation is at high risk because the time for sports activity has fallen sharply in recent years. There are more children who do nothing , the easiest way being to turn on the television, a computer screen and worse, to snack at the same time”.

Consequence: only a third of adolescents aged 11 to 17 practice at least 60 minutes a day of physical activity as recommended by the WHO at this age. For Professor Carré, “this is confirmed by the decline in physical capacity, the best marker of life expectancy in good health, for college students. It is all the more unfortunate that physical activity is not a waste of time, on the contrary: all the studies find a positive relationship between the level of physical activity and the quality of school results”.

The solutions? “Pushing children out by walking to school, taking out scooters or skates to get bread, etc. Take inspiration from countries in northern Europe where in primary school, “jiggling” breaks are officially scheduled at regular intervals: for a few minutes, children are invited to get up from their chairs and run, jump, etc. . Finally, there is an urgent need to stop glorifying the body of anorexic models in favor of that of sportswomen, to motivate young people, ”proposes Professor Carré.

“Another problem: that of the very demanding studies (such as those of medicine) which mean that on entering university 90% of students who were doing sport before do not do it at all until the end of their studies. This is unacceptable." However, it would be possible to integrate sport into studies, as is done for example in certain engineering schools (in particular at the National Institute of Applied Sports, or Insa): sport is valued there and, as proof, sportsmen high-level like François Gabart or Armel Le Cleac'h - two exceptional sailors - were able to conduct competitions and studies from the front.

“Each of us has our future in our hands (for tobacco , food) and in our feet, for physical activity. Achieving the recommended levels of physical activity is easier than one might think because this activity includes all the movements of daily life, including those carried out during domestic activities, hobbies, DIY, gardening, work, etc Time spent commuting to work should be used to compensate for time spent behind screens. Similarly, getting up from your chair for five minutes every thirty minutes to stand or walk is helpful. Finally, it is possible to mix different activities to reach the recommended level, ”recalls Professor Galinier.

Testimony of Mathilde, 48 years old: "I am sedentary, but I take care of myself!"

Mathilde Le Bihan, 48, spends her days behind a computer screen for her work: “My office is set up at home, so I don't even have to move to work. And when you are self-employed, at home, the eight hours of daily work can quickly turn into ten or twelve hours, especially when urgent requests accumulate.

However, not smoking, hating alcohol, without any particular health problem, I never felt in danger, at least until I came across an article on the risks of a sedentary lifestyle! I had signed up for a gym in the past, but I must have been the least frequent of their clients. The bike bought one day when I was full of good intentions quickly remained in the garage. In short, none of my resolutions to put me in the sport lasted more than a month. In the end, it wasn't until I admitted once and for all that I really didn't like the sport, but that was no reason not to move, that I found alternatives that didn't require me no insurmountable effort like blocking a time slot.

It's just that when I do something, I do it a little differently. Examples: do I have to make a phone call? I do it while walking. Household chores? In music and dancing, of course! The dishes? By squeezing the buttocks. Brushing teeth? By contracting glutes and abs. Sit on a chair? I stretch my legs horizontally and hold the position for several seconds, before releasing. I also moved my lockers containing the documents I consult most often by a few meters, so that I had to get up from my chair at regular intervals. My coffee breaks, I do them standing up. My “TV” breaks, on an exercise bike. Sometimes I hop between the bathroom and my bedroom and try to get up my stairs as quickly as possible. Not to mention all the classic stuff: park 300 meters from where I have to go to walk a minimum, take the stairs rather than the elevator, do my little shopping on foot, etc. I can now walk five hundred meters without feeling out of breath!