U.S. Colleges, and Their Russian and Ukrainian Students, Are Caught Up In a Crisis

It’s a conflict happening thousands of miles away, but colleges in the U.S. are grappling with Russia’s invasion of Ukraine as some cut ties with Russian universities and companies, and as students from both nations find themselves caught in the middle of the crisis. 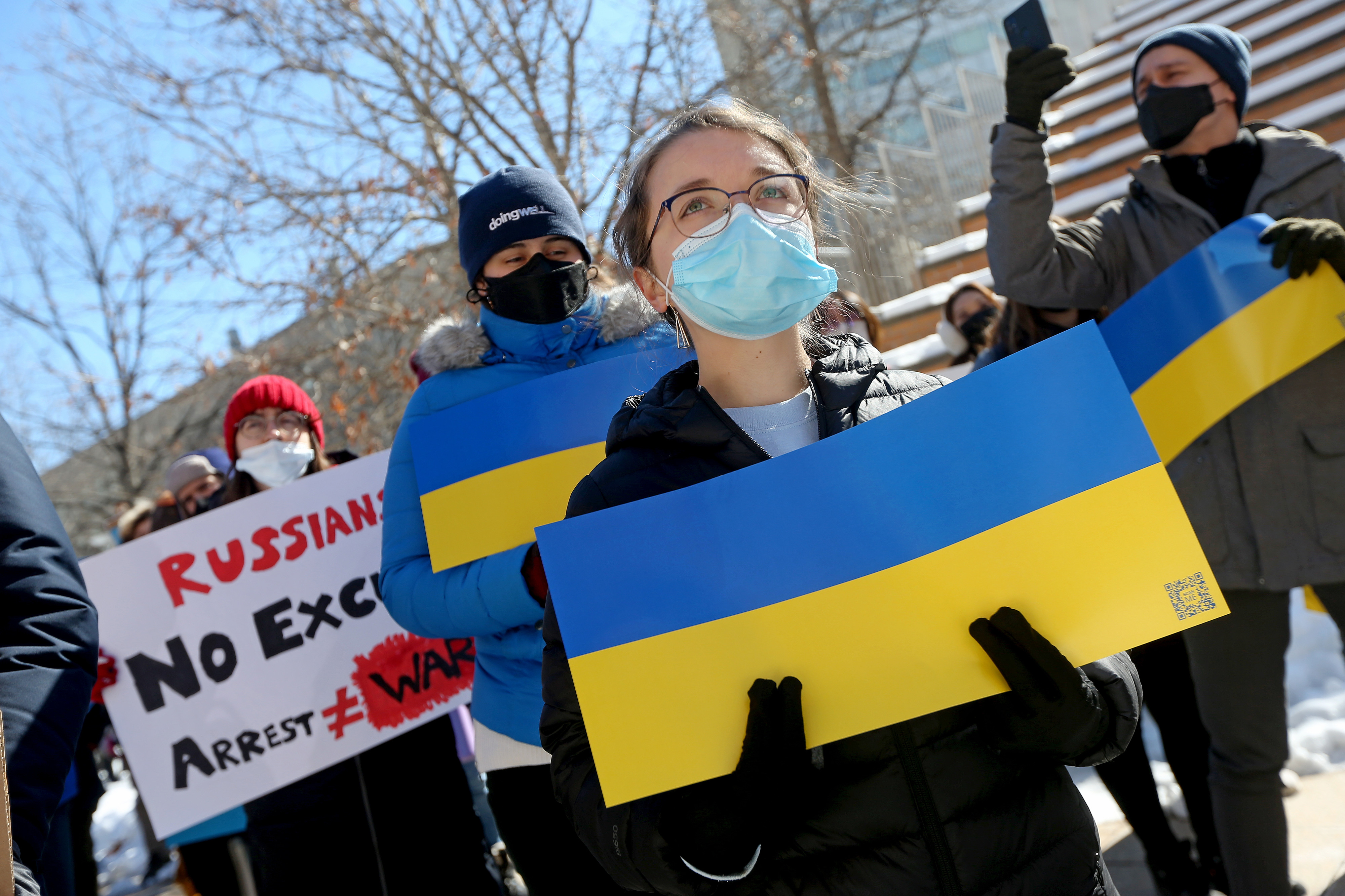 “Some of these students and scholars may be close to the end of their program of study, research, or training, and may not be able to immediately return to their home country during a war,” Ted Mitchell, president of the American Council on Education, said in a letter to the Department of State and Department of Homeland Security on Feb. 28, asking it to support Ukrainian students living in the U.S. and those trying to leave Ukraine.
[time-brightcove not-tgx=”true”]

“In addition, some students and scholars may have seen their financial situation suddenly change, and we ask for accommodations for those who must work while they undertake their studies in the United States,” Mitchell said.

More than 175 humanitarian and religious organizations have signed a letter calling on the Biden Administration to grant Temporary Protected Status to roughly 30,000 Ukrainians living in the U.S. and to grant Special Student Relief for Ukrainian students in the country.

But that did not stop one lawmaker, California Rep. Eric Swalwell, from suggesting that kicking Russian students out of the U.S. should be one of the sanctions against Russia.

“Frankly, I think closing their embassy in the United States, kicking every Russian student out of the United States — those should all be on the table,” Swalwell, a Democrat who serves on the U.S. House Intelligence Committee, said in an interview with CNN last week. “And Vladimir Putin needs to know every day that he is in Ukraine, there are more severe options that could come.”

The proposal received bipartisan criticism, as many argued it would unfairly punish innocent students for the actions of Russian President Vladimir Putin. Jessica Gail, a spokesperson for Swalwell, said Thursday that the Congressman thinks the children of Russian oligarchs should have their student visas revoked, not that all Russian students studying in the U.S. should be sent home.

What else can our alliance do against Russia? Lots.

But it wouldn’t be the first time college students have been caught up in global conflict. During World War II, Japanese American college students on the West Coast were incarcerated, along with their families. The National Japanese American Student Relocation Council was formed to help students transfer to colleges in other parts of the country, but many had their education disrupted anyway. The University of Southern California issued a public apology last year for discriminating against those students and refusing to release their transcripts to allow them to transfer.

As Russian attacks on Ukrainian cities began, the Massachusetts Institute of Technology ended its partnership with the Skolkovo Institute of Science and Technology in Moscow on Feb. 25, citing “unacceptable military actions against Ukraine by the Russian government.”

“This step is a rejection of the actions of the Russian government in Ukraine,” MIT said in a statement, noting that it would affect some student research projects. “We take it with deep regret because of our great respect for the Russian people and our profound appreciation for the contributions of the many extraordinary Russian colleagues we have worked with.”

Similarly, the University of Colorado announced it would end its investments in Russian companies “to show our support for the people of Ukraine.”

The move echoes the decision by 155 universities to divest from South Africa by 1988 in opposition to apartheid.

“Like so many others, we have watched in horror as this invasion has brought senseless violence and aggression to the region,” University of Colorado President Todd Saliman said in a statement. “We are looking for ways to show our support for the people of Ukraine and believe that cutting our investments is the right thing to do.”