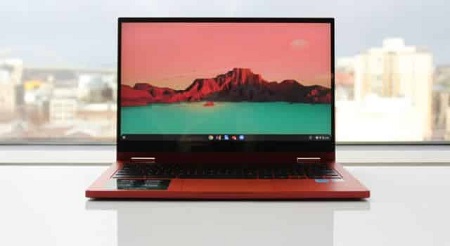 A new leak from the first glimpse of a group processor company Intel for notebook PCs Alder Lake-P, which is rumored to launch in CES 2022 devices and Facebook Chrome PCs laptops.

There have been many leaks about the upcoming Alder Lake platform from Intel. But most of the leaks and rumors are related to desktop computers.

The patch shows limits for PL1, PL2, and PL4, which each define a different wattage that a processor can operate under certain conditions.

PL1 represents the wattage that the processor can maintain, and this is what you usually see as the wattage of mobile CPUs.

Here are the PL1 ratings revealed for Alder Lake-P:

Like the range of desktop PCs, Alder Lake-P chips use a hybrid design that combines high-performance cores with high-efficiency cores.

Not all processors have names at this time. According to the above list, a 45W chip has 6 high-performance cores and 8 high-efficiency cores.

These are the default power limits for the Alder Lake-P chips. This is although it is still subject to change prior to launch.

According to a report VideoCardz, Brya Chromebook platform Google uses slightly different numbers. The constant wattage numbers are the same. But Chromebooks won't draw as much power via PL2 and PL4 (both are temporary power limits).

Brya is a Google verification platform for the upcoming Alder Lake group. Google has been using the platform since December 2020 to ensure that the upcoming chipsets work in Chromebooks. It is rumored via the Google platform that the 15-watt chip drops to 3 watts in the idle state.

The Coreboot update also provided a look at a two-chip from Alder Lake-M, which is said to be aimed at tablets and low-powered devices. And the Alder Lake-M chip of 2 + 8 cores has a PL1 of 9 watts according to the update.

According to these numbers, newer chips draw more peak power than Tiger Lake-H. However, the most powerful Alder Lake-P has 20 watts less than the PL2 rating of Tiger Lake-H, indicating that Alder Lake-P is more efficient under normal conditions.