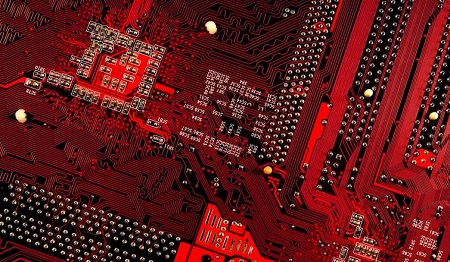 Samsung is currently using AI technologies to automate the chip design process. It is a very complex process. Samsung is also one of the first companies to use this method.

Samsung uses new artificial intelligence technologies in its Synopsys software. It is one of the leading developers of software that is used in the process of designing chips and processors, and its services are used by many companies.

According to Synopsys' co-CEO, the company's new technologies will allow the design of commercial processors solely based on artificial intelligence.

Using AI to design chips and processors is something companies like Google and Nvidia have talked about before. However, Synopsys' new tool, DSO.ai, has gone a long way in this area.

By adopting this new technology, the process of designing and developing processors and chips will be greatly accelerated. Also, this technology may allow the development and design of completely new processors.

This new tool will benefit greatly from Synopsys' previous experience. Because that expertise will be used to train AI algorithms more quickly and effectively.

For its part, Samsung has stated through its official spokesperson that it is using this new technology in the design and development of its Exynos processors . Samsung has been using these processors in its smartphones for many years.

Samsung has not yet clarified whether it has started manufacturing AI-designed processors or not. It clearly shows the impact of AI on the design and development of chipsets and processors, both now and in the near future.

This point is important because the new Google processor will be manufactured in Samsung factories. However, Google refused to say whether artificial intelligence contributed to the design of the Tensor processors or not.

Other chip makers such as IBM and Nvidia have begun experimenting with these technologies. This is knowing that Synopsys is not the only company that designs this type of software, but there are other competitors such as Cadence that develop their own tools.