Is Apple turning the iPhone mini into a foldable phone? 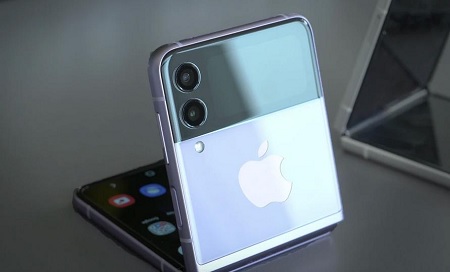 Apple accustomed its users to compact phones in small size. But suddenly it started offering phones like the iPhone X followed by bigger and bigger versions. Users accustomed to small phones have been waiting for a phone to suit their needs.

Finally, the company remembered this segment of users with the new iPhone SE and iPhone 12 Mini. These phones have provided both small size and leading specifications.

But the results were not excellent for sales. As the iPhone 12 mini version was the least selling in the series. Where it made up only 5% of sales, compared to more than 23% formed by the older iPhone 11.

The Cupertino giant has no doubt noticed that the success of the iPhone 12 mini has been modest. Therefore, there were reports that Apple will release one additional version of this phone. It is an iPhone 13 mini. And then Apple will give up this size permanently.

Perhaps the company has understood that users are not interested in small phones. However, this is not true. As a vote by 5,500 people revealed that 48% of the voters are still interested in phones with small screens, specifically smaller than 6.2 inches.

Although the number of participants in this vote is not large. However, it reveals to us that small phones are not hated. But perhaps the form that Apple presented to it was the hated.

The iPhone 12 mini has suffered from a number of problems, most notably the small battery capacity, and its very small size. A large part of the users who are interested in owning small phones have mentioned that this phone is too small.

All these factors have caused speculation that the next small Apple phone after the iPhone 13 mini will be foldable. Just like the experience we saw in the Galaxy Z Flip 3. It is a small phone when folded, and when unfolded it measures 6.7 inches in terms of screen.

Besides, Galaxy Z Flip 3's dimensions are very convenient for one-handed use, since it's not wide. Many analysts have predicted the success of the Galaxy Z Flip 3 and its ability to replace a phone like the Galaxy S21 Plus.

Of course, Apple has not confirmed or even hinted at the possibility of launching a foldable phone with these specifications. However, this idea might be the best idea for saving mini phones. Also, famous Apple leaker Ming-Chi Kuo confirmed that we will start seeing foldable phones from Apple in 2023.