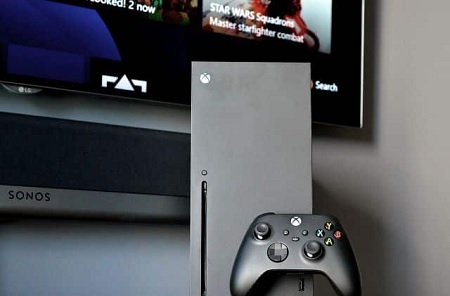 Xbox Insider subscribers in the Alpha and Alpha Skip-Ahead episodes can access the new resolution of the Xbox Dashboard designed to enhance user interface elements for 4K displays.

And said the Xbox test team at Microsoft: This change means that home page is displayed and the directory and other areas of the user interface highest native resolution to increase the clarity and readability of the text.

He added, “With today’s update, Alpha Insiders can play a higher resolution user interface across the platform connected to  a 4K display.”

The native 4K elements of the home page, guide, and other parts of the dashboard greatly improve how Xbox Series X appears across 4K TVs.

It is not yet clear if HDR will also be supported as part of the new resolution. And whether the Xbox Series S is also seeing improvements to its dashboard accuracy.

And the smaller Xbox Series S consoles can technically produce 4K output. So it is possible that this platform will also see improvements in the dashboard.

And the new Night Mode allows Xbox console owners to dim the screen, brighten the LEDs for the controller and even the Xbox power button.

Both 4K dashboard and night mode should start arriving on all Xbox Series X platforms later this year.

The general Xbox update for June added support for group chats for speech-to-text and speech-to-text synthesis. This is to help players who are deaf, hard of hearing, or cannot or choose not to speak.

Meanwhile, the Xbox's May 2021 update included improvements to quick resume. Including greater reliability, faster load times, and the ability to approve multiplayer games for kids by a specific title.