Amazon opens its air hub to speed up deliveries 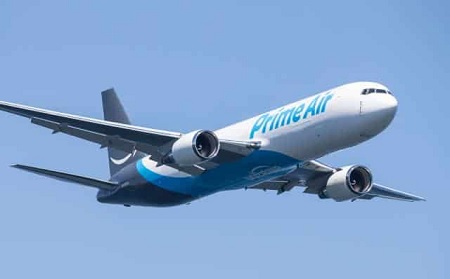 Opened company Amazon air position at a cost of $ 1.5 billion in northern Kentucky, helping to speed up delivery operations and increase its control over the largest logistics networks.

The opening marks a milestone for Amazon Air, the company's booming air cargo arm that launched in 2016, and whose routes are flown by several contract carriers.

Airplanes across the company's sprawling network of warehouses, trucks and delivery vans remain an important part of ensuring packages can be delivered quickly to customers' homes.

Amazon Air operates from more than 40 airports across the United States. But the new air hub will act as the nerve center of the nationwide shipping network.

As a result, the center allows the company to increase its one-day delivery capabilities in more regions of the country.

The company also expanded its logistics unit for aviation outside the United States, where a regional air center opened on an area of 20,000 square meters in Leipzig , Germany , an airport in the month of November last.

Moreover, the new air center has been under development for more than four years. Amazon founder Jeff Bezos laid the foundation stone for the project in 2019.

At the time, Bezos said, "This hub allows us to deliver packages to customers faster."

The center extends over an area of ​​more than 2.4 square kilometers. It includes an aircraft parking ramp, a multi-level car park building, and seven buildings.

It also includes an 800,000-square-foot automated sorting center, where parcels are sorted by zip code and put into trucks before delivery.

Analysts waited for the launch of the center due to its ability to significantly speed up deliveries. And help the company catch up with carriers like UPS and FedEx.

A report last fall described the center as the backbone of Amazon's efforts to develop a comprehensive suite of local delivery services across the United States.

It was designed to accommodate 100 airliners bearing the airline's trademark. It handles an estimated 200 flights per day. This reflects the company's ambitions to bring in more air freight operations.

Moreover, investors questioned whether Amazon was providing air freight services to other companies as a way to generate new revenue.

Amazon Air now has more than 75 aircraft in the network. The company expects to have more than 80 aircraft this time next year. and 85 aircraft, leased and owned, by the end of 2022.

In January, the company acquired 11 used Boeing 767-300 aircraft from Delta and WestJet. It is her first direct purchase as aircraft prices have fallen in the pandemic.