How to stream Xbox games on Windows 10 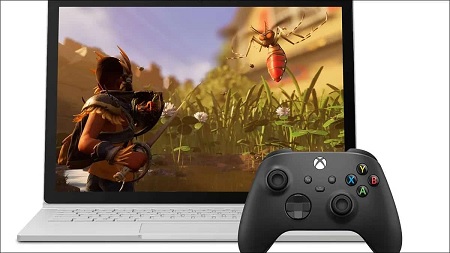 Microsoft recently made it possible to stream Xbox games via Windows 10 by adding an xCloud subscription to Xbox Game Pass Ultimate.

The subscription is also available to stream games through the Xbox app on both Android and iPhone phones.

So if you have a device with the required specifications, you can start playing games

In the past, you could only stream games to Windows 10 via a web browser, but this was not available through the Xbox app on PC.

And you need to be in the xbox Insider program to get access to the new update.

You can subscribe to it on your Xbox if you own one, or through the insider hub app on Windows 10.

After you install the app on your device and sign in with your Game Pass Ultimate account, you can play games right away.

This is done by clicking on the selection of cloud games, and if you do not see this option, you need to update the application to the latest version.

The app includes a wide range of Xbox games available for live streaming via Windows 10, and the number of these games reaches nearly 100.

You do not need special specifications to stream games via Windows 10, as the games are played on cloud servers.

But you definitely need a strong internet connection that can withstand playing these games, and the stronger the connection, the better the result.

This means that your internet connection speed is adequate, as well as using a powerful 5GHz network hub and being close to it.