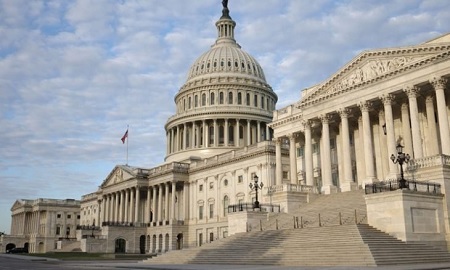 Several members of the US Congress have expressed disappointment over developments in Afghanistan , and lawmakers are scheduled to hold a hearing to discuss the mistakes of the administrations of former Presidents Donald Trump and current Joe Biden.

"The events of recent days have become the culmination of a series of mistakes made by Republican and Democratic administrations over the past 20 years," said Democratic Senator Bob Menendez, chairman of the Senate Foreign Relations Committee.

"We are now seeing the terrible result of years of failures in political curriculum and intelligence failures," he added.

Menendez confirmed that his committee will conduct a hearing on US policies in Afghanistan, including the Trump administration's negotiations with the "Taliban" and the Biden administration's implementation of the withdrawal plan, without providing any information on the date of the session.

In turn, Democratic Senator Mark Warner, chairman of the Senate Intelligence Committee, confirmed that he intends to work with other committees "to ask difficult but necessary questions" about why the United States is not prepared for such a development in Afghanistan.

On the other hand, Republican members of Congress continued to criticize the Biden administration's policies in Afghanistan.

"The security and humanitarian crisis now developing in Afghanistan could have been avoided if you had made some plans," Republicans on the US House of Representatives Armed Services Committee said in a letter to the White House on Tuesday.

This comes against the backdrop of the fall of the government of President Ashraf Ghani in Afghanistan, and the seizure of power by the "Taliban" movement before the completion of the US withdrawal from the country.

Since last May, the "Taliban" has begun to expand its influence in Afghanistan, coinciding with the start of the last stage of the withdrawal of US forces, which is scheduled to be completed by August 31.

In less than 10 days, the movement controlled almost all of Afghanistan, despite billions of dollars spent by the United States and the North Atlantic Treaty Organization (NATO), during nearly 20 years, to build Afghan security forces.

In 2001, an international military coalition, led by Washington, toppled the rule of the “Taliban”, because of its association at the time with the “Al-Qaeda” organization, which adopted attacks in the United States, in September of that year.