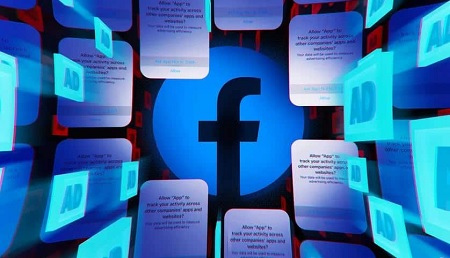 Facebook built its current glory thanks to its advertising platform. The company's great ability to track users has also helped it to do so, but this has not deprived it of harsh criticism for violating users' privacy.

Hundreds of the company's engineers are currently working on rebuilding its advertising platform. This will include focusing on users' privacy more, and minimizing the collection of their data.

This move may completely change the shape of the Internet economy. Especially as it is based on ads and targeting. However, these initiatives remain in their infancy.

Facebook is working on new ways to target ads without violating privacy. The ideal form of these methods would be to target the user with an advertisement they actually care about, but without being tracked or having their privacy compromised.

Companies that rely on advertising are facing a lot of resistance at the moment. And it all started with the recent iOS update which made users able to prevent apps from tracking them.

Google, on the other hand, is no better. The European Union is considering banning it from microtargeting ads in the same way, and that ban would be part of the Digital Services Act. Away from Europe, the Biden government in the United States of America has begun to show by legalizing and monitoring the actions of companies in tracking and monitoring users.

The company's new directions can be described as a declaration of surrender, especially after the company launched a large campaign calling on users to avoid banning the application from tracking them on the iPhone, and the company accused Apple of harming small business owners with this feature.

It currently appears that the Facebook campaign did not achieve its goal, and it is natural that users do not identify with it, knowing that it threatens their privacy. That's why Facebook begins to develop more privacy-conscious solutions, and this will be in its favor anyway.

The most important way to achieve this type of privacy and information security-free advertising is to avoid sending user data to the cloud. Where Facebook will rely on technology that allows the analysis of user data on his personal device.

The results of these analyzes are then sent only to Facebook's servers, but without revealing the identity of the device on which the analysis was performed. Thus, the identity of the user and the privacy of his data are preserved as much as possible.