How Samsung increased the reliability of foldable phones 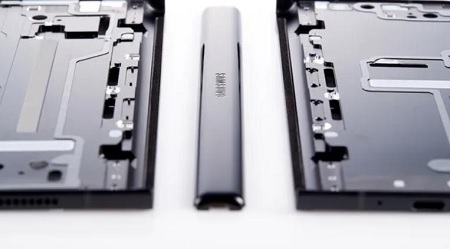 Samsung is very interested in foldable phones. And its introduction of the first Galaxy Fold phone was not motivated by flexing its muscles with a new product and then ignoring it. This is shown with the new generation of these phones, the Galaxy Z Fold 3 and Galaxy Z Flip 3.

Foldable phones have suffered from a major problem since they first appeared. Namely, its limited endurance and low reliability. Samsung has done a lot to solve this problem in the new generation of its phones.

The strength and reliability of foldable phones

Samsung is confident that its new phones are tough and durable enough to be usable just like regular phones. This is despite the company's previous crises, both with the first Galaxy Fold, and the first units of it broke down very easily.

Samsung continues to develop and solve problems. The Korean company is also able to effectively treat defects that appear in its products. And the new generation of foldable devices has addressed the problems of poor endurance in more than one way.

The first of these methods is the water resistance feature, of course, which expresses the extent of Samsung's superiority. Making a foldable phone full of hinges and ports waterproof is not easy.

In addition to water resistance, the new phones come with stronger and more reliable screens, as well as better hinges and a stronger frame.

And making a smartphone waterproof is not a difficult process. All that the manufacturer needs is to find all the ports through which water may enter and then cover them with either glue or rubber. This is handy for simple ports such as the charging port, the SIM card port or even the audio jacks.

In foldable phones, it was even more difficult, since the same should be done for phone hinges and entrances, or for moving parts in general, which are difficult to pack.

Foldable phones have a big problem with dust resistance specifically. This is due to the entrances and exits of the hinges. That's why Samsung uses a small brush that allows dust to be removed as much as possible with each fold.

And the company has also developed a certain type of lubrication that allows the device to be able to withstand folding and folding more than 200 thousand times!

In terms of water resistance, the device is ideal, as it withstands diving to a depth of one and a half meters for up to half an hour. But the standard here is IPX8, which differs from the common IP68, since the number “6” stands for dust resistance, which is not present here.