A first, the Avenger drone can track targets autonomously 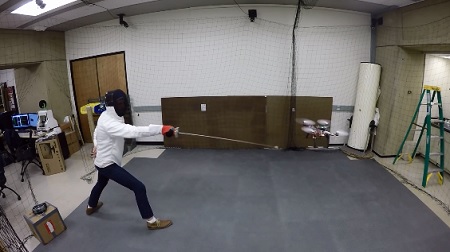 By wearing an infrared target acquisition device under its right wing, the Avenger UAV can engage enemy aircraft autonomously and without fire radar.

In air-to-air combat, acquiring a target in flight by an aircraft or drone usually requires the use ùof radar. But here's the thing... it may be unusable, jammed by enemy forces. It can also suffer from interference, or be disabled to make the aircraft more stealthy. For this reason, the American aircraft manufacturer Lockheed Martin has developed its Legion Pod, a 2.5-meter long pod equipped with an infrared sensor to track a target. Already used on the F-16 and F-15-C, the device complements or replaces their fire radar. It is precisely this system that was used on the General Atomics Avenger drone, otherwise known as the Predator C.

Stealth and autonomy of engagement

With this Legion Pod, this stealth-capable drone produced by General Atomics performed several fully autonomous target acquisitions in early July in Southern California. It must be said that the Legion Pod does not require major modifications to the drone's avionics. It would have taken only three months to associate the device and integrate its software into the Avenger's mission management system.

But beware, by using the term autonomy, the manufacturer clearly indicates that the drone with such an autonomous engagement system is supposed to operate in conjunction with other manned aircraft. Under their supervision, the aircraft could then go as close as possible to the target in a stealthy way to ensure its engagement. On the other hand, this type of military drone remains very far from being autonomous, even for its take-off and landing manoeuvres. Its piloting requires a ground crew of at least two people, including a pilot.