The revolution is coming to Sweden, Steel without fossil energy 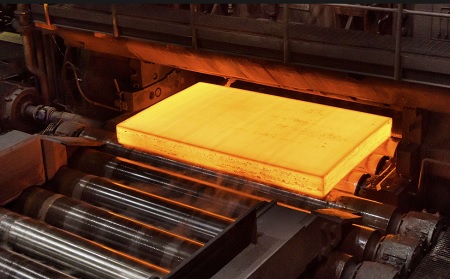 Solar energy can be thermal or photovoltaic. Water carries energy, when it flows in rivers, when it circulates in the ocean or when it agitates on the surface of the sea. The atmosphere is a giant thermal machine from which wind turbines can draw. Finally, under our feet, the heat of our planet is within reach of drilling. Here is an overview of what is known as renewable energy.

The Swedish company SSAB has succeeded in eliminating the use of fossil fuels in the production of steel, starting with the iron ore mining process. The company expects to be producing on an industrial scale by 2026.

If someone talks to you about cars and pollution, you probably think first of vehicle emissions, and possibly batteries, but rarely of the environmental impact of key materials like steel. Yet every step in the production of cars has an environmental footprint. Swedish firm SSAB plans to make car manufacturing and many other industries greener with the first-ever "fossil-free" steel.

The innovation is part of the Hybrit program, a collaboration between the companies SSAB, LKAB and Vattenfall to create a more environmentally friendly production line. Traditionally, steel is created from iron ore, lime and coke (almost pure carbon made from coal). To reduce the environmental impact, SSAB has replaced coke with green hydrogen and uses electric arc furnaces.

The entire production chain has been designed to eliminate fossil fuels, as the furnaces as well as the hydrogen electrolyzers run on renewable energy. Even the mining operations that supply the iron ore are involved. SSAB preferred to use the term "fossil-free" rather than "green" steel, a term that has no official definition.