Why Erdogan's Turkey is courting the Taliban? 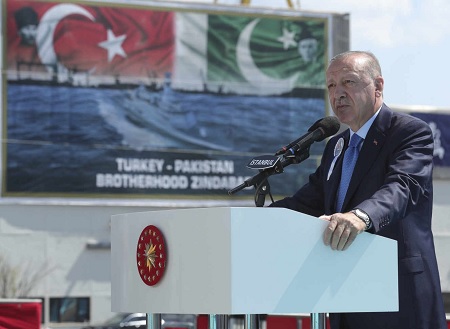 Turkey does not take a dim view of the arrival to power of the Taliban, and its president has even said he is ready to receive the head of the new Afghan power.

Like its Eurasian partners - Iran and Russia - Turkey does not take a dim view of the Taliban coming to power in Afghanistan. "We welcome the messages sent so far by the Taliban, whether to foreigners and diplomatic representations but also to their own people," assured the head of Turkish diplomacy, Mevlüt Cavusoglu, from Jordan where he was visiting on Tuesday August 17th. His statement echoed that of his Russian counterpart, Sergei Lavrov, who described as a "positive signal" the promises of dialogue advanced by the new masters of Afghanistan.

Turkey, which has 500 soldiers assigned to securing Kabul airport as part of its mission within NATO, wants to keep them there after the withdrawal of Western forces. The details of this project had been discussed for weeks with Washington and with the government of President Ashraf Ghani. When the Taliban invaded the Afghan capital on Sunday , the talks ended for lack of interlocutors: the United States withdrew and the Afghan government no longer exists.

Quick to adapt to the new situation, the Turkish authorities are now offering their services to the new power in place in Kabul. President Recep Tayyip Erdogan has made maintaining the Turkish presence at the airport his priority. Aware that the Taliban are hungry for international legitimacy, he said he was ready, a week ago, to receive "the person" who leads them.

“Everyone has an interest in ensuring that Kabul airport is secure so that diplomats and aid workers can continue to work. Turkey offers to do it. In fact, it is easy for him to negotiate with the Taliban via Pakistan and Qatar, with whom relations are solid, ” said Bayram Balci, director of the French Institute for Anatolian Studies (IFEA) in Istanbul.

Ankara deploys treasures of diplomacy to appease the Taliban. The Turkish Embassy in Qatar is in constant contact with the movement's representation there and last week Defense Minister Hulusi Akar visited Islamabad to urge the Pakistani ally to convince the Taliban to accept the Turkish presence.

But neither Mr. Erdogan's invitation, nor his proposals for technical and security cooperation so far seem to have had the power to influence the decision of the Islamist insurgents, who insist that "all foreign forces" leave the country. Afghanistan, in accordance with the agreements signed with the US administration in Doha in February 2020.