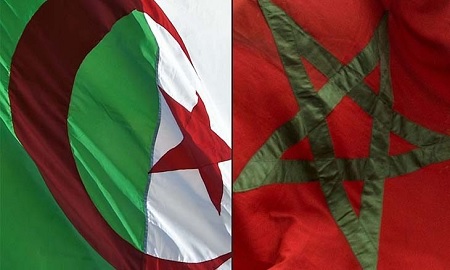 There has been a lot of talk about mediations to reform the relations between Algeria and Morocco since the first decided to sever diplomatic relations.

It is a pity to say that no one today has the means to break the deadlock. Neither party to the problem is ready to listen and accept solutions, and neither side has the ability to positively influence. First, because the souls are rebellious and the mood is sour and blood boils in the political circles of the two countries, then because the distant parties are preoccupied with what is most important or have lost the ability to positively influence as well as the balance of trust that they had earlier.

Also, reconciliations are discussed quietly, temporally and geographically, away from the scene and facts of tension, and after the souls calm down and the concerned parties finish reviewing their accounts and monitoring profit and loss. However, we hear urgent talk about regional mediations, as if they are rushing to work with the saying, “Strike the iron while it is hot.” This “theory” may be useful in other areas and facts, but not in the case of the Algerian-Moroccan estrangement (the estrangement of the mid-seventies took 13 years to crystallize on its ruins the features of peace).

That is why it is likely that the political and media hawks in Algeria and Morocco will, in the foreseeable future, continue to maintain and nurture tension. First, in order to preserve their interests, especially those who survive on the dispute between the two countries, and secondly, to justify the crisis politically and psychologically, and to maintain internal public opinion as an army against an external enemy whose existence, even temporarily, covers the accumulated internal problems in the two countries.

We will see more media mischief and smear campaigns and abuse of the other. The media in the two countries will be a scene for the insults and obscenities that will be issued that are not befitting the values ​​of neighborliness and brotherhood. Social media platforms will be fertile ground for dictionaries of slander and unfortunate calibration to flourish. All this with the encouragement of the authorities in both countries, and in many cases with their complicity.

Reconciliation between the two arch-neighbors in need of a miracle. The miracle is impossible at the present time, because both sides believe that he is the strongest and right and his opponent is guilty: Morocco lives with the conviction that it is not the beginning of the estrangement, and Algeria believes that it is not the one who initiated the causes of the estrangement. Then come the most important and deepest reasons.. Since the Trump administration recognized its sovereignty in Western Sahara, Morocco has been safe, and it has begun to test its new position by creating two diplomatic crises, with Germany and then with Spain, which it had not dared to do before.

Reconciliation between the two arch-neighbors in need of a miracle. And the miracle is impossible at the present time because both parties believe that he is the strongest and right and his opponent is guilty

On the other hand, Algeria does not seem interested in reconciliation because it believes that it has been wronged and that it has the right to respond. Many of its media outlets rushed to close the door, citing its "sources" that "mediation is rejected, and a return to before August 24 is impossible." Algeria wants to take revenge on Morocco, if not diplomatically, then at least economically, and it sees the closed land borders and the transit gas pipeline across the Mediterranean to Spain and Portugal (which expires on the 31st of next month) as a decisive weapon. The border and the pipeline will harm Morocco economically, but the degree of harm remains a matter of debate in both countries. Algeria exaggerates its portrayal, and Morocco does not want to give the impression that it has already been harmed.

What makes matters worse is that the voices of reason in the two countries are being intimidated by parties who have made speaking the truth a national betrayal. The components of civil society in the two countries, which were united by colonialism 70 years ago, have been divided by the national state, and today they are paralyzed and unable to pressure the authorities on this issue more than others.

We now come to the regional role. If the summer break of 2021 occurred thirty years ago, we may be optimistic that it can be resolved with positive regional and international interventions. But the reality is different today, because international and regional conditions have changed in depth and in a direction that facilitates the occurrence and continuation of crises. In addition, the internal conditions of nearby countries have changed, and some of them have weakened or collapsed, and other countries have emerged that have a different vision for the region and its crises.

One of the sages once said that the best compromise is the one that the two parties are not satisfied with. But who today can propose a settlement that angers both sides (or not them?). The names of countries that were thought to be able to do something feasible were listed: Saudi Arabia, Tunisia, Egypt, France, Turkey, the European Union.

This is the best that exists, however: Saudi Arabia has weight, but it lacks a leadership that lacks the determination that would qualify it to propose solutions and persuade the parties to abide by them, as was the case with King Fahd and before him. Tunisia is preoccupied with its problems, its voice is low, and its leadership does not seem able to influence internationally and regionally. Egypt needs more than others to mediate in its regional crises, especially the problem of the Renaissance Dam. Despite this, it hopes to offer something in the Algerian-Moroccan estrangement, even as a matter of restoring its regional role and exiting the closed loop of Gaza, but it is likely to fail. France is without credibility and, in the Algerians' eyes, is part of the problem, not the solution. The European Union is so far away that it cannot influence and cannot act without French involvement. Turkey suffers from the suspicion that it is not always a “good record” and that it does not move towards any crisis unless its move is driven by economic and strategic gains.

In these circumstances and in the midst of all this tension, frustration and lack of reason, it would suffice for the two countries not to rush into a military confrontation. It is sufficient for each party to stop harming the other and harm its flags and flies. This alone will be an achievement..waiting for a miracle.