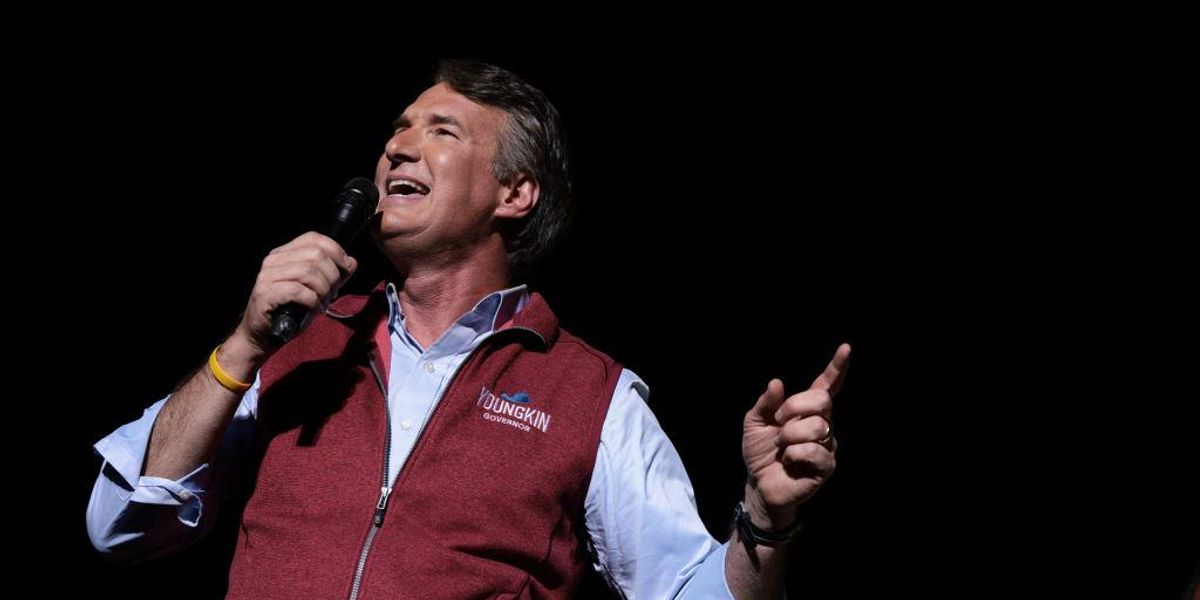 The gubernatorial race in Virginia was widely expected earlier in the year to serve as a standard-issue referendum on national politics, as Virginia’s odd-year gubernatorial election often does. However, to a large extent, furor over local issues, particularly pertaining to education, took center stage and may have pushed Youngkin over the top.

Parent anger began when many school districts in Virginia were reticent to reopen for in-person learning after the COVID-19 pandemic. School districts, backed by teachers unions, mused aloud that they might not reopen even in the fall of 2021, even though evidence suggests that children in particular are at low risk for serious complications from COVID-19, and there is a dearth of evidence that schools have served as transmission vectors for the pandemic. The issue became so contentious that the legislature eventually caved in February of 2021 and passed a law mandating all schools to open for in-person person learning, over the strenuous objection of many school districts and teachers’ unions.

Although almost all Democrats voted for the measure, parental anger at school boards did not simmer, as Virginia schools responded to the civil unrest of 2020 by instituting race-based criteria that many critics characterized as “Critical Race Theory” teaching. Parents began confronting school boards at increasingly contentious meetings about the things their children were reporting that they were being taught at school, and school board officials responded by closing meetings to the public and complaining about the behavior of parents.

Loudon County, in particular, became the focus of the national spotlight when a Loudon County parent was arrested after an angry confrontation at a school board meeting wherein he alleged that his daughter had been sexually assaulted by a “gender fluid” student in a restroom. Although officials denied any knowledge of the assault at the meeting, subsequently-unearthed documents revealed that they had, in fact, been notified of the incident. A juvenile court later found a male teenager guilty of the assault in question. The father’s arrest was used as a reference in a letter from the National School Boards Association as an example of what the organization likened to a form of “domestic terrorism,” prompting national outrage.

In the midst of this furor, during a September 28th debate, Youngkin pressed McAuliffe on his education record, which forced McAuliffe to state, “I don’t think parents should be telling schools what they should teach.” McAuliffe, who was consistently leading by single digits in the polls prior to that debate, immediately saw his standings sink in the polls. He promptly released an ad that claimed his debate comments were taken out of context, but he appears to have never recovered. McAuliffe was likely not helped with respect to the angry parent vote by having infamous teachers’ union President Randi Weingarten speak at his election eve rally.

Joe Biden won Virginia by over 10 percentage points in 2020.