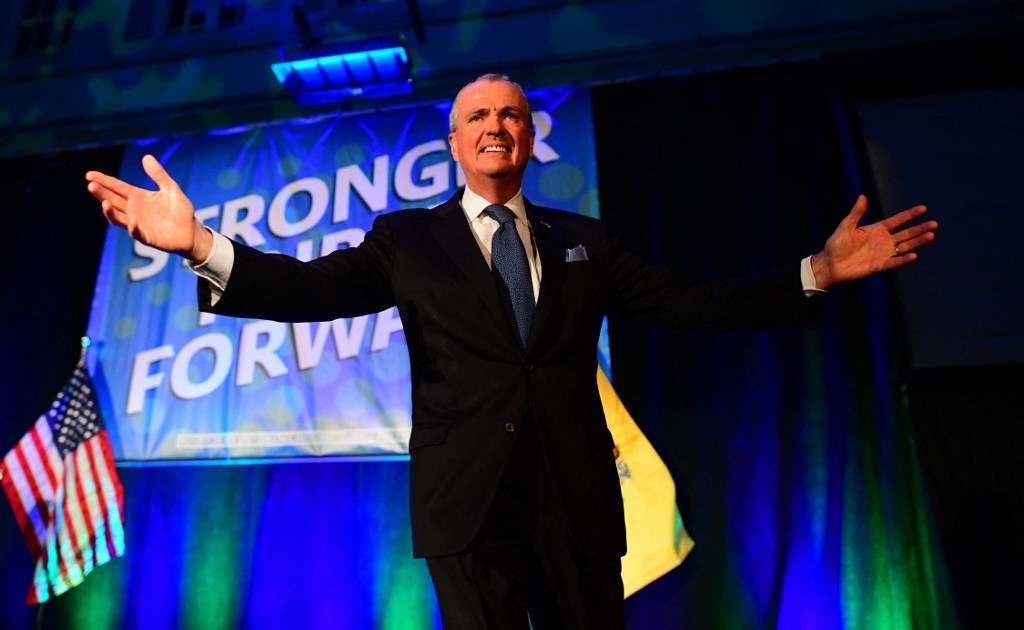 Murphy, 64, became the first Democratic governor in four decades to win reelection in New Jersey, even though registered Democratic voters outnumber Republicans in the Northeast US state by more than 1 million.

Unofficial returns posted by the Associated Press and cited by the New York Times and several other media outlets calling the race for Murphy showed him clinching 50.03 percent of the vote, compared with 49.22 percent for Ciattarelli, with 90 percent of ballots counted.

Murphy, an ally and party mate of US President Joseph Biden, has presided over a political shift to the left in the state, including new taxes on millionaires, tougher firearm restrictions, a higher minimum wage and paid sick leave.

He has also defended his robust public health measures aimed at curtailing the coronavirus pandemic, which emerged as a key point of contention in the race.

Ciattarelli, 59, who had trailed Murphy by up to 10 percentage points in some opinion polls, capitalised on widespread unpopularity with Murphy’s aggressive mask requirements for schoolchildren.

The Republican had also focused much of his campaign on the state’s high taxes, while accusing Murphy, a wealthy former Goldman Sachs executive, of being out of touch with the electorate.

The party won 10 of the state’s 12 US House of Representatives seats in 2020, and Biden carried the state over then-President Donald Trump last year by more than 15 percentage points.

Murphy trailed overnight in the returns but squeaked into the lead on Wednesday morning as the tabulation of the vote unfolded in several heavily Democratic counties.

This year’s elections were the first major tests of voter sentiment since Biden took office and pointed to a potentially painful year ahead for Democrats as they try to maintain thin majorities in Congress.

The closeness of the race has surprised experts, who watched public polls showing Murphy leading comfortably and looked to his party’s registration advantage.

Voters came out at much higher rates for Ciattarelli this year than they did for his GOP predecessor in 2017.

While campaigning, he walked a line between standing up for the moderate stances he had in the Legislature – like supporting Roe v. Wade – and appealing to Republicans who embraced Trump, particularly on cultural issues that have captured attention across the country.