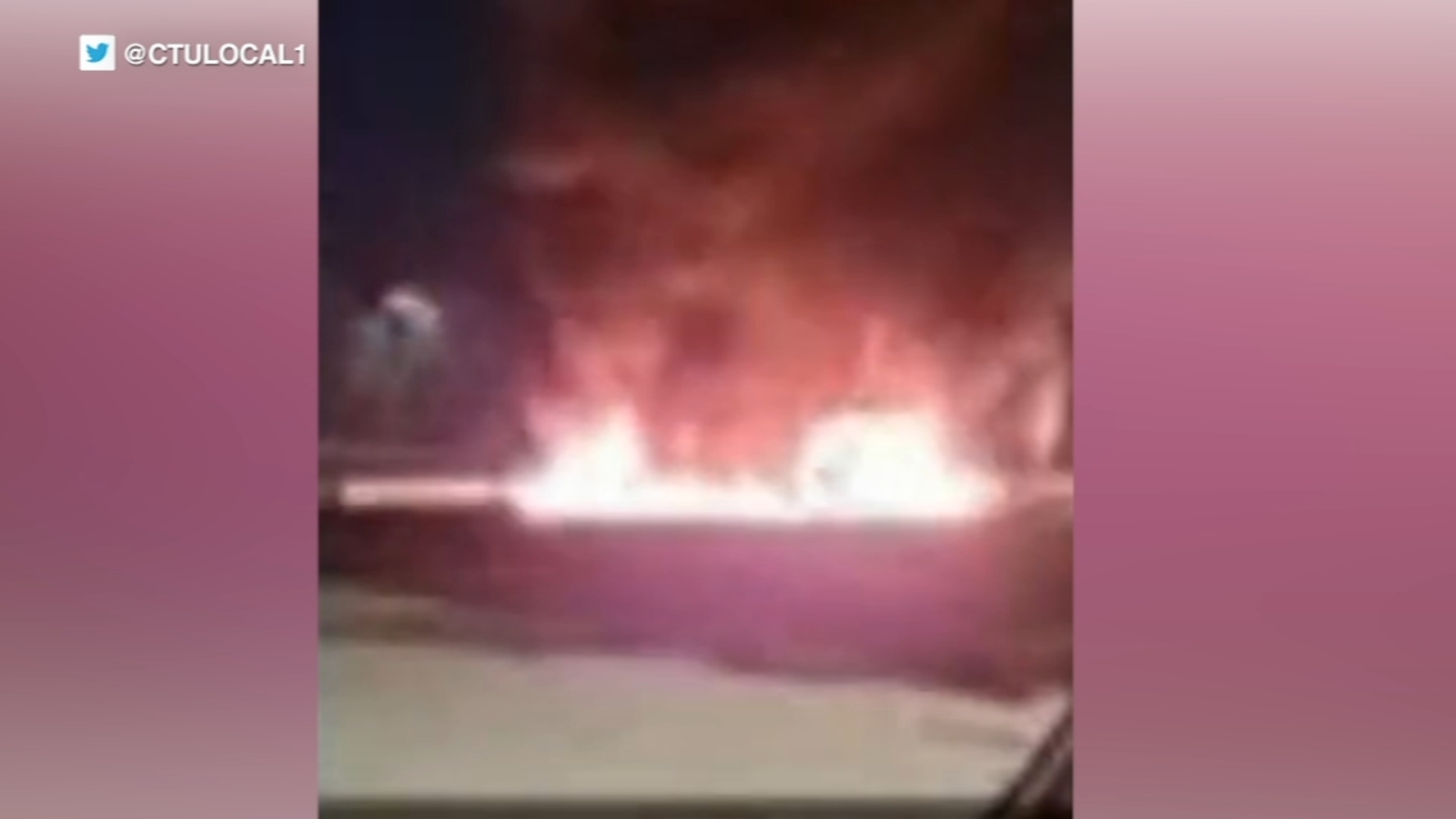 CHICAGO (WLS) — Chicago police are investigating a suspicious fire that destroyed a playground on the city’s Northwest Side Tuesday.

Video showed the playground on fire at Nixon Elementary School in Hermosa around 6 p.m. in the 2100 block of N. Keeler.

Now, 7-year-old Celeste Zarzoza and other kids will need to play somewhere else after police say an arsonist possibly started the fire on purpose.

“I hate when things burn down,” Zarzoza said. “Upset because I don’t know who did it.”
Security camera footage revealed a possible subject starting the fire, police said. Much of what remains of the playground is now charred, some of it unrecognizable.

The fire is personal for community members like Kreuser, who spent years bringing together around $300,000 before literally building the playground themselves in 2018.

Nearby resident and father Jerry Elliott said the school yard has been plagued by hateful graffiti, shattered windows, exploding fireworks and drugs.

“Little 5-year-old’s playing. They’re out there with the bong,” Kreuser said.

Police said there are no offenders in custody at this time. The Arson Unit is investigating the fire.
Police did not provide further information about the incident or their investigation.

35th Ward Ald. Carlos Ramirez-Rosa has committed $100,000 to a new playground and is calling on CPS to cover the rest. He said there will be a meeting at the school with families on Thursday. Ald. Ramirez-Rosa says there have been past issues in the area, but at this point he said as far as he knows there’s no connection between the fire and prior incidents.

ABC7 Eyewitness News reached out to Chicago Public Schools for comment, but have not heard back.