Warning of a strong snow storm in the United States 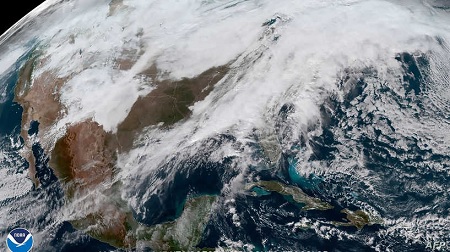 The US National Weather Service warned, on Tuesday, of a storm threatening the central regions of the United States with heavy snow.

The winter storm will affect states from New Mexico to Ohio.

Meteorologists confirmed that the storm, which will hit those areas on Tuesday evening, and that flights will be affected widely and that some areas, from the Rocky Mountains to the Central Plains (also known as the Great or Great Plains) and the Midwest will witness snow with a thickness of between 6- 12 inches (15-30 cm) by Thursday morning.

And she noted that the polar front will move to the northeastern United States, after Thursday.

It recommended residents of those areas to take precautions, especially with expectations of freezing, and warned that the mixture between snow and ice "will create dangerous conditions on the roads."