War in Ukraine: the Zaporizhia power plant in Russian hands

Russia attacking a nuclear power plant in Ukraine in the middle of the night, the information plunged the world into dread on Friday March 4.  An action deemed irresponsible by Westerners.  What do we know about this attack on the Zaporijia power plant , which has six nuclear reactors? 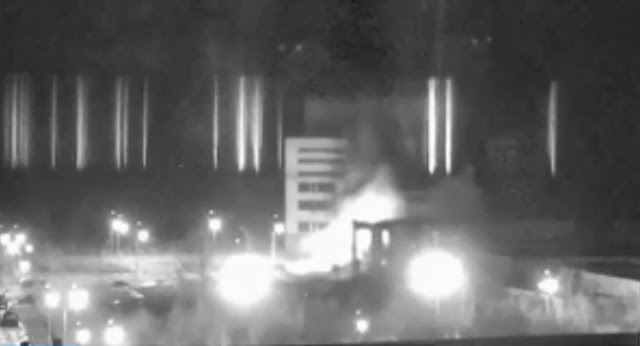 In the heart of the Ukrainian night, bombardments and explosions.  On the night of Thursday March 3 to Friday March 4, Russian tank fire hit the Zaporizhia facility , Europe's largest nuclear power plant , causing a fire.   The plant's spokesperson makes an emergency call.  For long minutes, Ukrainian firefighters are blocked by Russian troops, before finally being able to access the site.  President Volodymir Zelensky accuses Vladimir Putin of using nuclear terror.

The Russian army would have responded to "a Ukrainian provocation "

But on Friday, March 4, the news was reassuring.  None of the plant's six reactors was hit.  To justify the attack on the plant, the spokesman for the Russian Ministry of Defense asserts that the army has only replied to what he calls "a Ukrainian provocation ".  For General Vincent Desportes , professor of strategy at Sciences Po and HEC, Vladimir Poutine pursues a very specific goal:   " It is a question of producing a psychological effect on the Ukrainian people ".  The Russian army now occupies the largest nuclear installation in Europe.