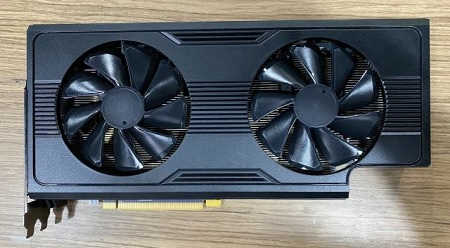 The reaction to AMD's lack of action against crypto miners amid the GPU shortage has been resounding. But the company appears to be getting close to Nvidia's point of view on the matter.

The company confirmed earlier that it does not intend to prevent mining operations via its graphics cards. But things may change soon.

A new unbranded card with Radeon RX 570 cores has been leaked, and it could be AMD's response to crypto miners.

And participated Twitter user, who previously leaked information about the graphics card DG2 coming from Intel, the card images that have been published through the forum Saraba1st.

Based on the screenshot from the GPU-Z app provided by the original post, the graphics card comes from graphics company Sapphire and manufacturer PC Partner.

Sapphire is AIB's longtime partner for AMD graphics cards. Whereas PC Partner is a graphics card maker based in Hong Kong.

It's not clear if the Radeon RX 570 Duo is a new card that AMD is working on, or if it's an experiment that two GPU makers are considering.

And it seems unlikely that AMD is working on a new card. Polaris' 14nm architecture is five years old, and the RX 570 itself is more than four years old.

Even with the two cores combined, the RX 570 Duo hardly performs as well as an Nvidia RTX 3060 Ti or an AMD RX 6800 for Ethereum mining.

However, the company may want to revive the old architecture. In May, it secured an exclusive agreement with GlobalFoundries, the chip maker until 2024, which was behind Polaris manufacturing.

And the potential RX 570 Duo could lure crypto miners away from the newer AMD cards aimed at gamers.

The RX 570 card with 8GB of memory can mine Ethereum at a hash rate of 30.9 million per second.

And the original post shared an image showing similar mining performance via the RX 570 Duo. With a hash rate of about 60 million per second.

These cards were specifically designed for mining, and Nvidia directed its miners to take the pressure off its consumer cards.