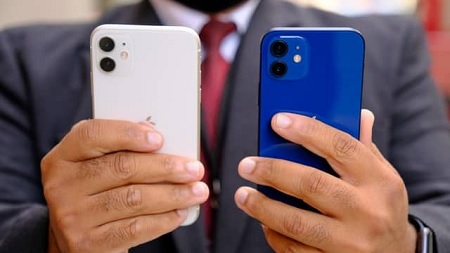 I asked a jury in Texas from the company Apple to pay $ 300 million - or about two days of the annual profits of the company - in revenue for the company PanOptis Group affiliates Optis Cellular and Unwired Planet. It's part of a global battle with a company that says it holds patents on the LTE cellular standard.

It comes after a retrial in a patent dispute related to wireless technology used in iPhones and other products.

A jury in Marshall, Texas, said patent management company PanOptis and its Optis Cellular and Unwired Planet units are owed this amount as a lump sum to cover past and future use of the technology.

The trial focused on how much Apple should pay. In April, US District Judge Rodney Gilstrap upheld the jury's liability report.

But he ordered a new trial for damages, saying the jury should have been allowed to consider whether the proceeds request complied with the requirement that standard core patents be licensed on fair, reasonable, non-discriminatory terms or FRAND.

The Texas trial is part of PanOptis' attempt to raise up to $7 billion from the iPhone maker. A British court has decided to set a global rate of return, prompting Apple's lawyers in July to threaten that the company could withdraw from the UK market if forced to pay a commercially unacceptable amount.

The Texas case involves technology that the company claims is necessary to implement the 4G communications standard. PanOptis says Apple's 4G smartphones, watches and tablets were using its patented technology.

Apple sued for $300 million over patent

PanOptis does not manufacture any products. According to Apple, it does nothing other than sue companies like Telsa, Huawei and ZTE.

In a statement, Apple said: "PanOptis does not manufacture any products and its only business is to sue companies that use the patents it collects." We continue to defend against its attempts to extract unreasonable payments for its patents.

The five patents in the Texas case were originally issued to Panasonic, Samsung and LG.

Panasonic and LG transferred both patents to Optis Cellular in 2014, while Samsung transferred its patent to Unwired Planet in 2017. That's according to the US Patent and Trademark Office's database.

Debates over how to evaluate patents against a so-called "core technology standard" have continued for decades within the technology industry. It has become more urgent as wireless inventions are incorporated into additional consumer products, such as home appliances and cars.

Companies that collaborate to ensure device interoperability gain the advantage of ensuring that their inventions are included in the standard.

As a result, you undertake to license any patents related to the FRAND Terms. This is despite the fact that the phrase is not clearly defined and has led to lawsuits and regulatory investigations around the world.

PanOptis claims that Apple rejected all fair offers and accused the company of being unwilling to license. It is a major case at the trial in London.