The difference between Bitcoin and Ethereum

The difference between Bitcoin and Ethereum 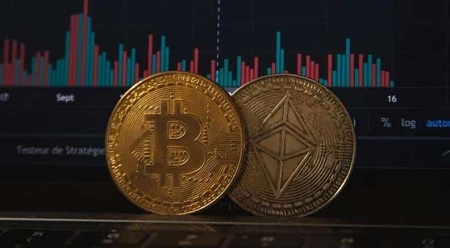 A large number of people who are not interested in cryptocurrency think that it is all about Bitcoin. This is normal since it is the most popular and most expensive coin. However, there are many digital currencies that compete with Bitcoin for its position and lead, and the most prominent of them, without a doubt, is Ethereum.

Cryptocurrencies are based on blockchain technology in the way they work. It is a completely decentralized and secure technology. So it is not possible to track bitcoins or transactions with them.

Despite the similarity in concept and technology used, Ethereum differs greatly from Bitcoin in many ways, and the reasons for establishing each of the two currencies were different.

Bitcoin as a digital currency

Bitcoin and Ethereum are used for the same tasks, which are fast and secure payments. However, the two currencies differ from each other in the reason for the establishment.

Satoshi Nakamoto established Bitcoin to be a digital currency used for payment, purchase and completion of transactions, without any intermediary or parties other than the sender and recipient, and on the other hand, Ethereum can be considered as the operator of cryptocurrency networks and applications.

Bitcoin is obtained by mining it using computers with high specifications. As it is safe and easy to use and trade it has reached all users around the world. It also reached people with bad intentions, which made it gain a bad reputation and made the governments of many countries resist it.

Currently, this currency is the most widespread and most accepted by sellers or even some institutions such as Tesla. All the way to fast food stores and auctions.

Has said the Nasdaq in 2021 that more than 45 million US citizens own currencies Bitcoin, and more than 15,000 vendor or institution would accept as payment.

The currency has achieved huge growth in price and financial value. Which turned it into “digital gold.” Its price is expected to continue to increase since its number is limited in the world to only 21 million coins. This is what made some view it as a long-term investment.

Ethereum as a digital network

Ethereum coin was launched in 2015. It is operated by a free community based on open source software. The amounts are traded through it based on its features such as smart contracts, and dealing with Ethereum does not stop the user any time or need to wait, with the feature of resisting fraud and preventing the interference of third parties.

In addition to its use in trading, it is a secure software foundation for a number of decentralized applications, also known as Dapps, short for Decentralized Apps.

These applications of all kinds rely on the same Ethereum blockchain and are therefore completely secure and the transactions that take place through it cannot be traced. Of course most decentralized applications are financial applications.

One of the most important applications of the Ethereum network is decentralized finance. It is a type of financial system that does not suffer from any discrimination or system downtime. DeFi can be used just as financing products and services are used to send or receive money as well as borrow and earn interest.