The most important new security features in Android 12 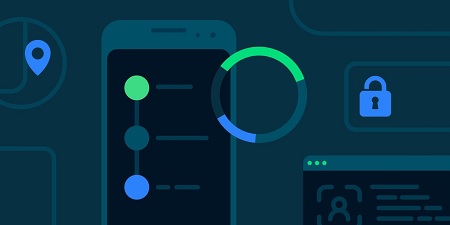 Android 12 improves the security experience and protects users on their phones, through several new features.
Security choices and improvements have become a priority for companies recently, as this habit began when Apple disclosed what the application was using while it was open.
Google is trying to prove that it does not steal users' data and does not collect data from them that they do not need, through the new security features in Android 12 that we are talking about today.

Apple alerts the user to use the camera or microphone via a bright dot that appears at the top of the screen, but no logo appears inside this dot.
Read also: Android 12 includes a new way to deal with auto-rotate
Google has used emoji for the camera and microphone, as these icons appear at the top of the screen to tell you that the app is using the camera.
By clicking on this logo, you can access and control the camera's permission settings directly.