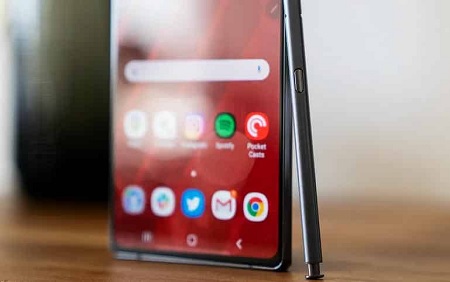 Held company Samsung conference for the month of August for several days, for the first time in many years is not detected a new version of the Galaxy Note series. Instead, the company focused on its foldable phones and tried to push them to public users.

Samsung foldable phones have improved in terms of price and endurance. The Galaxy Z Flip 3 has also become a strong competitor to phones such as the iPhone 12 or the Galaxy S21 Plus. It comes at a price of only $999.

Despite the low prices of foldable phones. The pen is available for phones such as the Galaxy Z Fold 3 and Galaxy S21 Ultra, but a large segment of users are still willing to buy Galaxy Note phones.

Samsung continues to sell the Galaxy Note 20 series phones nowadays. The company has made it clear that 2021 will not include any new Note phones. However, the company did not cancel the series completely.

Samsung is still able to release new Note phones any time it wants to. Also, the company will still need a flagship phone that fully supports the pen. As releasing stylus-supporting accessories for other flagship phones will not provide the same usage experience.

Smartphone users have shown their preference for stylus-enabled phones on more than one occasion. The Galaxy Note phones were among Samsung's best-selling flagship phones.

On the other hand, the Moto G pen-enabled phones from Motorola are the company's best sellers. The same was the case with LG Stylo phones before their exit from the smartphone market.

The experience of using the stylus on the Galaxy Note is different from any phone that does not support the stylus built in. The user can take out the pen and use it at any time, and when he is finished, he returns it to its place and continues to use the phone very comfortably.

The opposite is not true for using the stylus with the Galaxy S21 Ultra or Galaxy Z Fold. As these phones do not have a place dedicated to the pen. The user has to carry it separately, or use a protective cover dedicated to the phone.

Currently, apart from the outdated Galaxy Note 20 phones, there is no integrated stylus experience on Samsung phones. The experience of using the pen as an external accessory remains an impractical experience for many users, especially former Note users.

Perhaps Samsung will now either need to revive the Galaxy Note series next year. Or launch a new series centered around stylus support and delivering the highest possible level of productivity. However, this will not be easy.