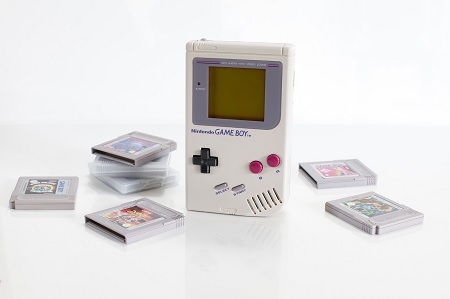 Sources that we hope are very well informed indicate that in the near future, Game Boy games will be part of the Nintendo Switch Online offer . The service would then offer a total of three historic platforms from the manufacturer with the NES and SNES.

While the Nintendo Switch Online is preparing to blow out its third dematerialized candle, it would gain at the same time a new round of games and not the least since originally released on a machine hitherto not available on the service: the Game Boy.

In the “Nate the Hate” podcast, the “insider” known by the pseudonym “NateDrake” indicated that Game Boy and Game Boy Color games may appear on Nintendo Switch Online in the coming weeks.

In 2019, Nintendo Life recalls , it was revealed that the source code of the NES Switch Online application included mentions to four emulators: Kachikachi, Canoe, Hiyoko and Count, the first two being those used for, respectively, the NES Mini. and SNES MIni. The third, believe NateDrake and his colleague MVG, is likely to be a Game Boy and Game Boy Color emulator.

There would remain the Count emulator, and the “insider” to think that the Game Boy Advance would not be concerned here. It is true that titles from this laptop have been or will be ported to Switch, such as the HD version of Robotech The Macross Saga already available, where the makeover of the first two Advance Wars is expected at the end of the year.

Currently, Nintendo Switch Online offers access to 58 NES titles and 49 SNES titles. Knowing that many of these apps have never been released in Europe and that some are particularly expensive, the current user of the service can hardly feel cheated. We can obviously regret that it is not possible to buy titles that had never been made available in digital format until now.

But if, instead of an inclusion of the Game Boy game library in Nintendo Switch Online, it would not be more a question of a new mini console , the one we still wonder by what witchcraft Nintendo has not yet marketing ?