THE AFGHAN FALLEN FROM THE SKY 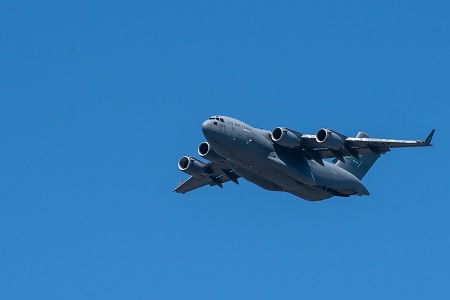 Fada Mohammad lost his life following a fatal fall from a US military plane. Its story symbolizes the desperation of the Afghan people in the face of the Taliban's return to power.

The withdrawal of American troops quickly plunged Afghanistan into chaos. The Taliban left their mountains to set out again to conquer the country. The government of the day offered no resistance to them. Islamist fundamentalists managed to take control of the big cities in just a few days. The course of events led to the fateful day of August 15. On that date, the Taliban arrived at the gates of Kabul. The encirclement of the capital created a general panic. President of the Islamic Republic of Afghanistan Ashraf Ghani decided to flee the country the same day.

Many Afghans have also been tempted to do the same, by whatever means.

Fada was among those who wanted to leave the country. The dentist discovered on Facebook that the United States and Canada were handling the evacuation of the refugees. This will lead him to Kabul airport and his tragic accident on August 16.

A young adult on the rise worried about his future

The young man's fate seemed strangely linked to the Taliban. Fada was born in 1996 or 1997. His father does not remember his exact date of birth because the country was in crisis at the time. Indeed, supporters of the Islamist Emirates had just come to power for the first time.

Fada was the eldest of a family of 10 children. He grew up not far from Kabul. The young man spent his childhood in the town of Pagham on the hills west of the Afghan capital. Her father sold clothes and had a hard time making ends meet. This did not prevent the family from living more or less comfortably in a large four bedroom house. The little boy and his younger siblings could play in a courtyard with cherry trees.

His parents saw in him the prospect of a better life. They collected enough money to pay for him to study dentistry at a private university in Kabul. After graduating, Fada and a friend of hers opened a dental practice in the Afghan capital. The small business allowed her to earn around $ 200 per month. Fada was planning to continue his studies for a specialization. However, the return to power of the Taliban had come to complicate its prospects.

His family thought so at work

On the morning of August 16, Fada leaves the family home without saying a word. While his relatives believe he went to work, the dentist has in fact made his way to Kabul airport, as many Afghans hope to leave the country. The crowd crosses the security perimeter.

A US Army cargo plane, a C-17, which had just landed, immediately chose to take off again. Fada was one of the unfortunate people who managed to hang on to the aircraft's fuselage. The dentist who was only 25 years old will then fall from the military plane.