WHAT IS THE NEW MU MUTANT OF CONCERN FOR ITS RESISTANCE TO VACCINES? 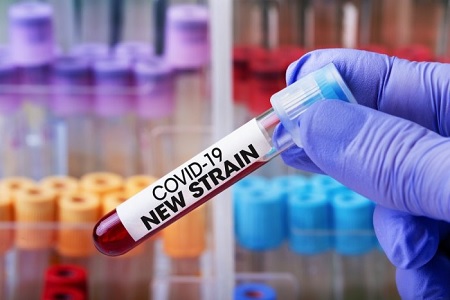 Despite the wishes, prayers and prayers that people around the world have been saying for about two years and until now, the specter of the Corona virus is still haunting everyone and the nightmare that began in late 2019 in Wuhan, China and spread to all parts of the world, is still present and strong, but is witnessing mutations and mutations Scary increases the anxiety currently occurring.

After we became terrified of the "Delta" mutant, which experts described as the most severe and dangerous mutant of the Covid 19 pandemic, here is a new mutant that looks at us from South America and brings more terror to millions of people around the world from infection and death because of it.

The great fear of the new “Mo” mutant is due to its being able to resist the vaccines devised by major companies around the world to protect people from infection with the Corona virus.

What is the new "Mo" mutant that is causing concern and panic at the present time, and what is the truth about its resistance to vaccines?

The new mutant was detected in Colombia and some European countries

This is what the World Health Organization announced yesterday, announcing that it was working to monitor a new mutated version of the Corona virus called “Mo”, which was first detected in Colombia last January.

In the weekly epidemiological bulletin on the development of the Covid-19 pandemic, the United Nations stated that the mutated version that bears the scientific name "B1.621" is currently classified as a "mutant that must be monitored", explaining the presence of mutations in the mutant. What is new, it involves the risk of "immune escape", that is, significant resistance to vaccines, which increases the need to conduct more studies on this mutant to fully understand its characteristics in order to better deal with it.

It is known that all viruses that humanity has witnessed and are still today, including the new Corona virus that causes Covid-19 disease, are witnessing many mutations with time, which explains the emergence of the worrying new mutation.

Although the vast majority of mutations have little or no effect on the characteristics of the virus, some virus mutations, including the Corona virus, can greatly affect the characteristics of the virus. An example of this is the recent mutations of Corona that increase the ease of its spread and the severity of the disease it causes, as well as the extent of its resistance to drugs, vaccines, diagnostic tools and other health measures used to detect and treat the virus.

Late last year, the World Health Organization decided to put together a list of worrisome variables, due to the emergence of dangerous ones at the end of 2020 that posed a major threat to public health. The aim of this list is to give priority to monitoring and research activities at the global level to prevent the significant impact of these mutations on humans.

Accordingly, the world organization launched the names of the letters of the Greek alphabet instead of the name of the country in which these mutant were detected, to facilitate their pronunciation and not to inflict any stigma on any country. Hence the name "Mo" mutation, which appeared immediately after the "Delta" mutation, which is still of concern as well.

The World Health Organization is monitoring the “Mo” mutant because of its strong resistance to vaccines, which are the most important line of defense currently to prevent the spread of Corona virus infection significantly. The mutant was first detected in Colombia at the beginning of this year, while many infections were reported in some Latin American and European countries.

Although the cases recorded globally with the "Mo" mutation have decreased to approximately 0.1% now, its prevalence in Colombia and Ecuador is increasing steadily and worryingly.