WHAT IS PSORIASIS AND HOW CAN IT BE TREATED? 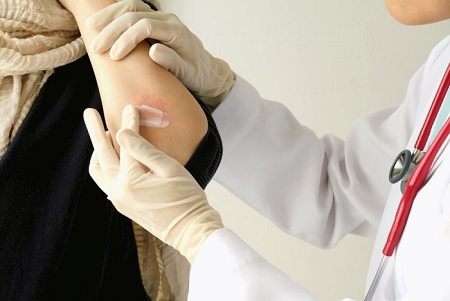 September is Psoriasis Awareness Month, and while millions of people around the world have this disease, only a small percentage actually know what psoriasis is, its causes and how to treat it properly.

In this regard, Dr. Dania Rajkumar, Dermatologist at Medcare Hospital Sharjah, explains some facts about psoriasis and also denies some misinformation.

says Dr. Rajkumar that psoriasis is a common chronic disease that causes inflammation of the skin and affects many other parts of the body. Psoriasis is a non-contagious disease that disfigures and disables the patient and has a significant negative impact on the quality of life of those affected.

The most characteristic rash is highly contoured, scaly red lesions that are clearly visible on the extensor surfaces and the scalp. Psoriasis can also affect the nails and joints. According to the International Association of Psoriasis Associations, about 125 million people worldwide have psoriasis.

In a question about what can be done in case of psoriasis, Dr. Rajkumar, special consideration must be given to lifestyle factor and behaviors that contribute to overall health and response to treatment. This includes weight control and smoking cessation. Also advises Dr. Rajkumar using thick, unscented moisturizers on a daily basis in addition to increasing the number of showers can be saturated with colloidal oatmeal, Epsom salts or coal tar to help reduce inflammation, irritation, dryness and redness.

The use of ultraviolet light, for reasons not yet known, helps soothe psoriatic wounds. While most people avoid sunbathing in an effort to reduce the risk of skin cancer, those with psoriasis may benefit from it. However, advises Dr. Rajkumar by exposing only the areas affected by psoriasis. To avoid sunburn, it is possible to cover the unaffected areas with clothing or use a sun cream with a factor of 30 and limit the time of exposure to the sun to no more than 15 minutes.

Dr. Rajkumar also recommends turning to family members, friends and seeking medical advice as psoriasis is not simply a distressing health condition, it is also an emotional drain with depression, dissatisfaction and loneliness experienced by sufferers of the disease. The best treatment for the mentioned psychological problems is to consult a dermatologist, because he will be able to explain the disease in a better way and advise on the best possible treatment, which in turn may reduce the psychological impact of psoriasis.

How to avoid psoriasis

There is no known cause for psoriasis, however, says Dr. Rajkumar as there are multiple lifestyle factors that can be taken into consideration to reduce its occurrence and spread. Noting that excessive alcohol consumption is associated with moderate to severe psoriasis and should therefore be avoided, smoking also causes an increased risk of developing psoriasis.

Dr. explains. Rajkumar also states that high levels of depression, turmoil and anxiety often trigger the disease, leading to moderate or sometimes severe psoriasis. Although it is indicated that sunlight is beneficial for people with psoriasis, in some cases sunlight may trigger psoriasis, so if a person experiences a flare-up of psoriasis after exposure to the sun, it is suggested to be exposed to fewer periods in the future.

It is important to remember that there are various forms of treatment, depending on the type and severity of the disease. According to Dr. Rajkumar, mild tablet psoriasis without arthritis can be treated with various topical medications such as coal tar, strong topical corticosteroids, and vitamin D analogs, followed by phototherapy as a second line of treatment.

And for the treatment of moderate to severe psoriasis, says Dr. Rajkumar said light therapy is the first choice of treatment, followed by oral medications such as immunosuppressants and apremilast.

If patients do not respond to previous treatment, the next step in treatment is biologic drugs, which are rumored to offer great hope for people with moderate to severe psoriasis, and represent an important step forward in the development of psoriasis drugs that will improve patients' quality of life.