Espionage: a Russian "mole" was secretly operating in the Ministry of Defense in 2017, according to the former boss of the DGSE 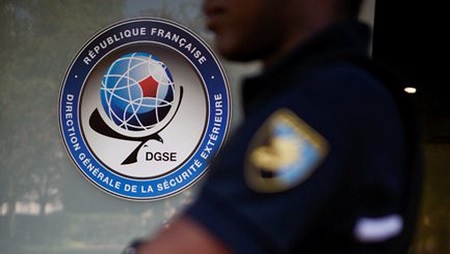 A "mole" in the service of Russia officiated in the cabinet of the French Ministry of Defense, according to the former director of the foreign intelligence service (DGSE), Bernard Bajolet, testifying in a report broadcast Sunday evening on the channel France 5.

A Russian spy in the Ministry of Defense? This is what Bernard Bajolet, former director of the intelligence service, said in a documentary broadcast on France 5 on Sunday evening.

Bernard Bajolet, ex-boss of the DGSE, confirms it: after the Cold War, the #espionage did not stop in Europe and sometimes it managed to enter in the heart of the French power.

\ud83d\udcfa Documentary "#Putin, the master of the game"

The information had already been relayed by Mediapart in 2018: a spy from the GRU, the Russian military intelligence service, had recruited a "mole" in the cabinet of Jean-Yves Le Drian, at the time Minister of Defense of François Hollande in 2017.

"Let's not blind ourselves to the face"

Asked about this information, Bernard Bajolet says in this documentary devoted to Russian President Vladimir Putin that "indeed, when I was director general of external security, I had brought it up" to the executive.

"In previous years, we said: 'All that is over, after the Cold War, we don't have to waste our time with spies who no longer exist, the priority is terrorism'. But for all that, we can see that espionage activities have not stopped at all, and that the means used by the Russians, the Chinese, but also by others, the Americans, let's not kid ourselves, have never been so important.