A Sydney mechanic has been found guilty of his 11-month-old son’s manslaughter, with a jury finding he did have the boy on his lap before the low-speed car crash.

Peter Rhyme Watfa, 33, had denied the infant was anywhere but a backseat baby capsule when the mechanic made a short trip from a Lurnea pharmacy to a nearby home on February 25, 2019.

The Crown pointed to evidence showing the boy was centimetres from the steering wheel when Watfa’s BMW was hit by another car and the airbag activated. 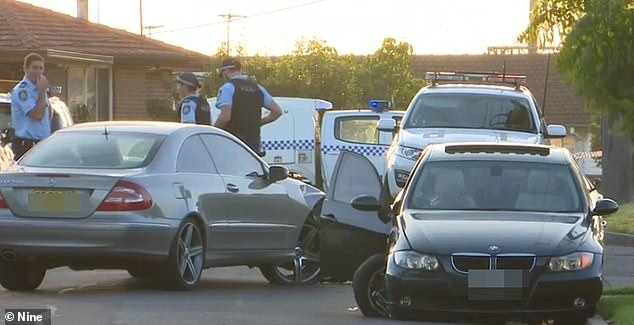 The boy’s DNA was found on the airbag while a patterned wound on the right side of the baby’s face resembled that of the BMW logo attached to the front of the steering wheel.

Eyewitnesses also told of Watfa emerging from the driver’s door with the child in his arm shortly after the crash.

One person, holding his hands out in front of his face, said seeing the baby’s swollen face made him want to vomit.

Having begun deliberations on Wednesday, the Parramatta District Court jury returned its verdict about 3.20pm on Thursday.

The offender then lost a bid for bail ahead of his sentencing.

‘The jury’s verdict says it all – it was very high risk,’ prosecutor Ken Gilson said. 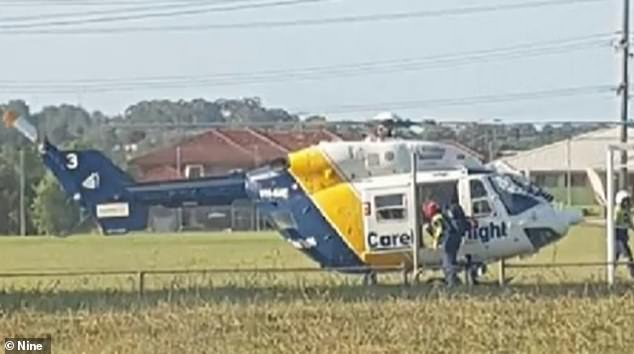 The child was allegedly unrestrained at the time of the crash

Judge Tanya Smith determined Watfa posed an unacceptable risk of committing another serious offence whilst on bail, considering how he had been on bail when arrested and charged this year with the supply of 28 grams of methamphetamine.

He faces a local court hearing in December for that offence.

‘The offender is not someone who comes before the court with an unblemished record,’ Judge Smith said.

Daniel Petrushnko conceded the alleged breach of bail but said his client instructed it occurred because of ‘what he was going through’ after the crash.

The crash had followed a 15-year period of ‘no issues’, he said. 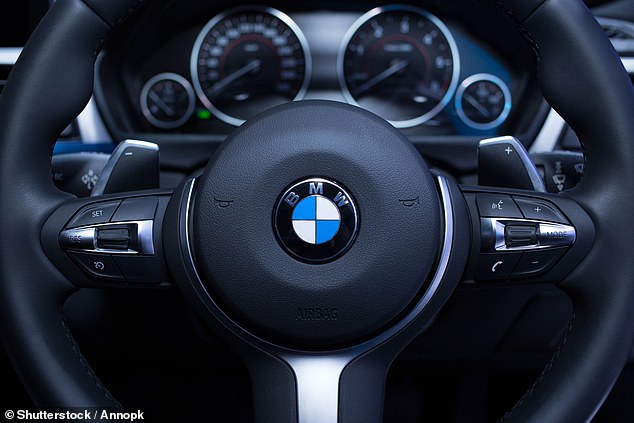 Mr Petrushnko had told the jury to heed what Watfa told police in April 2019 about the baby being in his capsule.

Watfa, who didn’t testify at trial, told police there was ‘no reason’ he’d drive with the boy on his lap and rejected a suggestion expert evidence showed the baby’s injuries were consistent with the boy being there.

‘Even if you are against us … in your heart of hearts, you know this is a case that doesn’t warrant criminal sanction,’ Mr Petrushnko told the jury.

However, the jury agreed with the Crown that the actions fell so short of reasonable care, it represented criminal negligence.

Watfa is due to be sentenced on January 21.