Julian Assange and his fiancee Stella Moris are bringing legal action against Justice Secretary Dominic Raab and the Governor of Belmarsh Prison, accusing them of preventing the couple from marrying behind bars.

They fear the obstacles put in the way of their wedding by UK authorities are linked to a US-backed political war against the Wikileaks publisher and campaigner.

In September it was revealed the CIA had drawn up plans to kidnap or kill Assange during his seven years exiled in the Embassy of Ecuador in London. The agency also spied on his family and friends and led a campaign of misinformation against him.

Stella, 38, a lawyer, said: ‘Those catch-or-kill plans were not implemented but other hostile measures were and this is the sting in the tail. 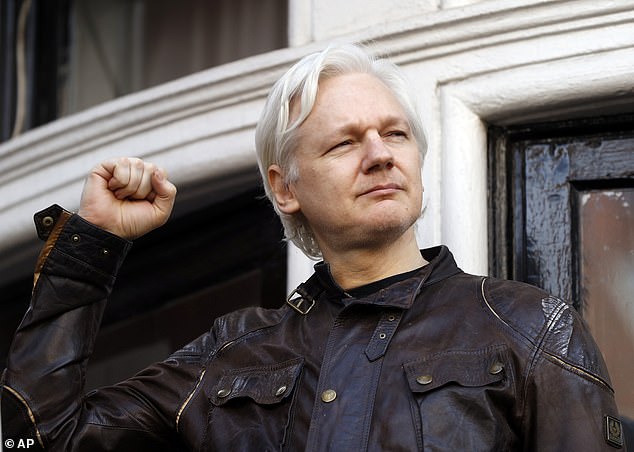 In September it was revealed the CIA had drawn up plans to kidnap or kill Assange during his seven years exiled in the Embassy of Ecuador in London. The agency also spied on his family and friends and led a campaign of misinformation against him

‘It’s part of an enormous conspiracy against Julian which makes itself felt in all that we try to do.

‘A wedding would be a moment of happiness, a bit of normality in insane circumstances. Julian needs things to hold on to because daily life is a struggle for him in Belmarsh and there is so much uncertainty about his future.

‘Our love for each other is the one thing which has carried us through and being married would be another bulwark in our emotional defences.

‘There is no reason for political interference in what is a basic human right. The CIA revelations show the lengths some agencies are willing to go to in their persecution of Julian.’

Assange, 50, and his fiancee have been engaged for five years, have two children and are both practising Catholics. They have been asking since May for help to arrange their wedding in Belmarsh.

He is being held on remand in the maximum security jail while the US tries to extradite him to face allegations of conspiracy to obtain and disclose national defence information following Wikileaks’ publication of hundreds of thousands of leaked documents relating to the Afghanistan and Iraq wars. 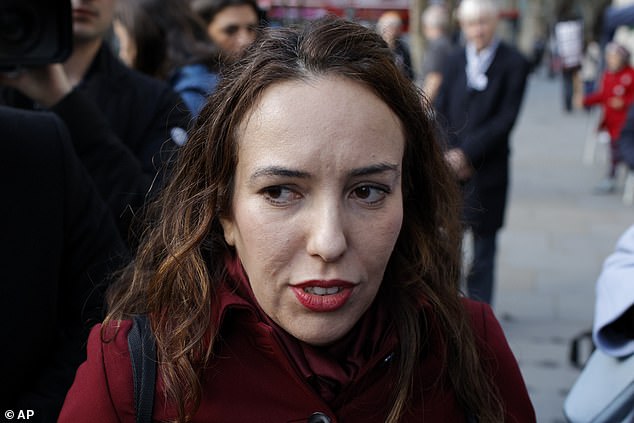 Stella, 38, a lawyer, said: ‘Those catch-or-kill plans were not implemented but other hostile measures were and this is the sting in the tail’

Stella is adamant their wedding ceremony would have no legal impact on extradition since his right to a family life in the UK is determined by the fact that their sons Gabriel, four, and Max, two, are British citizens. She also has rights of residency, having lived in Britain for 20 years, although she was born in South Africa.

On Friday, the couple opened legal action paving the way for a judicial review. The case is brought against the Justice Secretary and Belmarsh Governor Jenny Louis.

The wedding stand-off began in May when Stella approached the prison chaplain to ask about arranging a ceremony. After an initial response, no further help was forthcoming. On October 7, Assange formally asked the Governor’s office to agree to a Belmarsh wedding, but he has had no reply.

On October 14, the couple’s lawyers asked the prison to grant permission for Stella and a registrar from Greenwich Register Office to visit Assange together, so the couple could give notice of their intention to wed. Three follow-up requests have failed to secure any reply.

Their legal action says this creates ‘a total and indefinite barrier not only to the claimants marrying, but even to them beginning the statutory process for the same’.

Ms Louis has told the couple’s legal team she was obliged to refer the wedding request to the Crown Prosecution Service. But their lawyers say this is irrelevant because there are no UK charges against him.

The legal action accuses Mr Raab and Ms Louis of abusing their power over Assange, behaving irrationally and unfairly, and denying the couple and their children their human rights. The have been given until November 12 to respond.

Assange took refuge in the Ecuadorian Embassy in 2012 to avoid extradition to the USA via Sweden where he faced sex offence allegations for which he was never charged. He denied those and they were later dropped. He was forcibly removed from the embassy by police in 2019 and put in Belmarsh.

He has been there ever since awaiting the outcome of the US bid to extradite him. The result of a hearing last month should be known by Christmas but unless America formally drops its case, Assange will not be imminently released.