A suburban neighbourhood is on the hunt for a red-haired man accused of following a woman down the street while performing a vile sexual act.

The Melbourne woman noticed someone behind her as she walked along Glengarriff Crescent in the leafy suburb of Montmorency around 6pm on Monday, October 4.

Police allege the man continued to perform the explicit sexual act as he followed the 49-year-old woman down the street prompting her to run away and seek help.

After seeking assistance from another woman nearby the pair walked down nearby Wattle Avenue, while the man allegedly remained close behind. 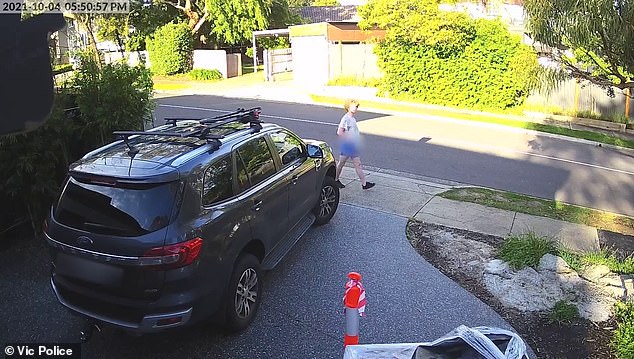 Police allege the man followed a 49-year-old woman down a Montmorency street while performing an explicit sexual act, prompting her to run away and seek help 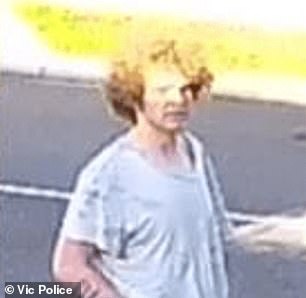 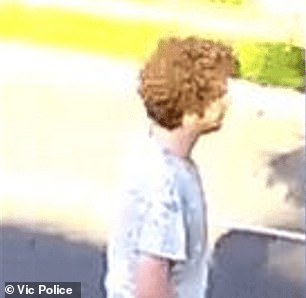 Police allege he continued to pursue the women and occasionally duck behind bushes, all while continuing to perform the sickening sexual act.

The man eventually left the scene and was last seen on Baldwin Avenue, according to police.

Victoria Police have released CCTV footage from a nearby home which depicts a man they believe can assist with their enquiries.

The man appears to be Caucasian in appearance, aged between 25 and 30 years, with a slim build and light-coloured hair.

He was wearing a grey t-shirt, blue shorts and black shoes and has a tattoo on his right forearm depicting three stripes.

Police have urged anyone who recognises the man or has information regarding the incident to contact Crime Stoppers. 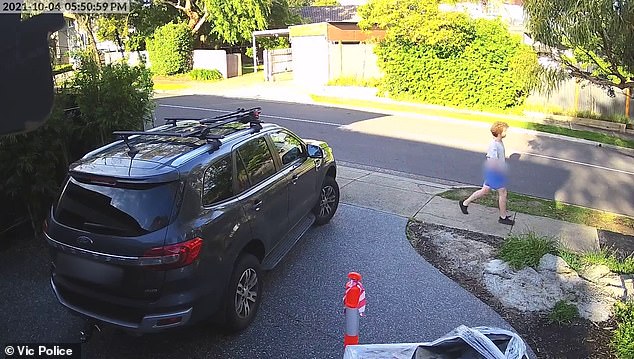