This "Partygate" politically weakens Boris Johnson, who was present at some of these rallies. The latter promised to "cooperate fully". 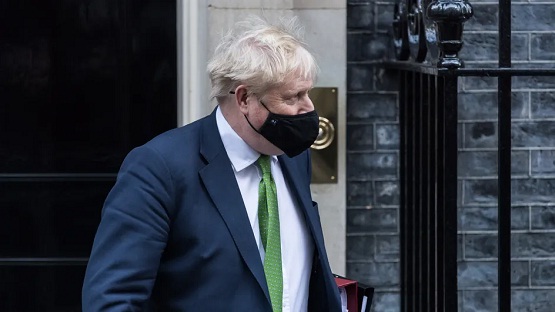 After the political crisis, police sanctions? British police announced on Tuesday January 25 the opening of an investigation into possible violations of health restrictions linked to Covid-19 during parties organized at Downing Street, the residence of the Prime Minister, and in Whitehall, the premises of the government. In total, the British press identified eleven potentially illegal parties .

The investigation is targeting  "a number of events" , according to Cressida Dick, chief of the Metropolitan Police of London, in a press release (in English) . Others were investigated but investigators ruled they were not part of a criminal investigation, she said. The head of government promised to  "cooperate fully" with the police.

So far, the police had ruled out seizing "Partygate", which politically weakens Prime Minister  Boris Johnson, present at some of these rallies.  An internal investigation had however been entrusted to a senior official, and its conclusions were expected in the coming days. The police explain that they decided to act in the light of information from this internal investigation which had been transmitted to them.

“The fact that we are now investigating does not, of course, mean that fines will necessarily be issued in every case and for every person involved ,” Cressida Dick stressed.