BRUSSELS — The United States and European allies said Friday they were stepping up sanctions over Russia’s invasion of Ukraine by adding measures directly targeting President Vladimir Putin and his foreign minister, putting diplomatic appeals to one side as Russia’s forces closed on Ukraine’s capital. 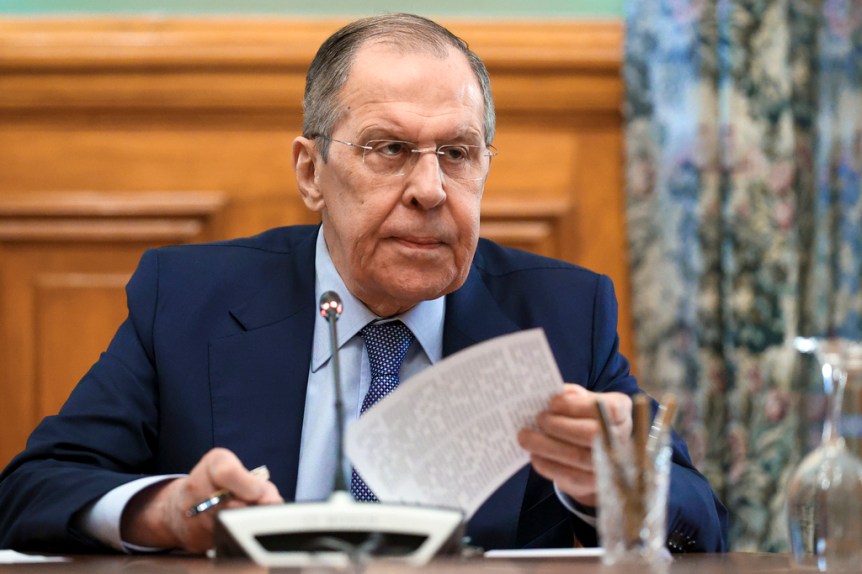 The move by the U.S., the European Union and Britain sends “a clear message about the strength of the opposition to the actions” by Putin, White House press secretary Jen Psaki said. On a day when explosions and gunfire were sounding in Kyiv’s capital, and Pope Francis went to Russia’s embassy in Rome to personally appeal for an end, the sanctions were part of growing global condemnation of the offensive.

Asked by reporters if U.S. President Joe Biden had planned any more direct diplomatic overtures toward Putin, whose ground, air and amphibious forces are all pushing an offensive on Ukraine’s key cities, Psaki said no.

“I would say that a moment where a leader is … in the middle of invading a sovereign country is not the moment where diplomacy feels appropriate,” Psaki told reporters at a White House briefing. “It does not mean we have ruled out diplomacy forever.”

Psaki said the U.S. would also newly sanction the Russian Direct Investment Fund, which functions as a sovereign wealth fund meant to draw capital into the Russian economy.

The U.S. and European allies announced sweeping asset freezes and other penalties Thursday against Russia’s banks, state-owned enterprises and elites, but they spared Russia’s leader and foreign minister in that round.

A U.S. official, speaking on condition of anonymity to discuss the Biden administration’s talks internally on the matter, said there was debate among administration officials about whether to include Lavrov in the sanctions, as some wanted to ensure a path for diplomatic contact remained open.

While the sanctions to be imposed would not ban contact between, for example, Putin and Biden, or U.S. Secretary of State Antony Blinken and Lavrov, they put a new chill on what had been weeks of repeated diplomatic efforts with Russia as Putin built up forces on Ukraine’s borders. The debate on including Lavrov went back and forth, and was one of the reasons the individual sanctions were not announced with Thursday’s other measures.

Ukraine’s ambassador to the U.S., Oksana Markarova, called the allies’ decision to freeze the assets of Putin himself the right one.

“It was President Putin’s decision to attack Ukraine. … And he is the one responsible for the war that the Russian Federation is now waging on us,” Markarova told reporters at Ukraine’s embassy in Washington.

It was unclear what the practical impact on the two men would be and how important their assets in the EU were.

“I can assure you that if you got major assets and all of a sudden you can’t get hold of them, it will cost you,” said EU foreign affairs chief Josep Borrell.

EU ministers have said that even further sanctions were still possible, including booting Russia out of SWIFT, the dominant system for global financial transactions.

“The debate about SWIFT is not off the table, it will continue,” Luxembourg Foreign Minister Jean Asselborn said.

Admonishing Russia further, the Council of Europe suspended Russia from the continent’s foremost human rights organization. The 47-nation council said Russia remained a member and continued to be bound by the relevant human rights conventions.

Undeterred in the game of punitive sanctions, Russia started its own tit-for-tat measures, banning British flights to and over its territory in retaliation to a similar U.K. ban on Aeroflot flights.

Russian authorities also announced the “partial restriction” of access to Facebook after the social media network limited the accounts of several Kremlin-backed media.

Yet with the Kremlin’s eyes fully targeted on expanding the attacks on Ukraine, almost all the action was still going one way.

In terms unheard since the Cold War, threats were flying from all sides and ran through society.

In a sign of papal anger, Pope Francis went to the Russian Embassy to “express his concern about the war,” the Vatican said. It was an extraordinary, hands-on gesture, since usually popes receive ambassadors and heads of state in the Vatican.

The May 28 UEFA Champions League final, the Super Bowl of European soccer, was stripped from St. Petersburg and will move Paris. Formula One dropped this season’s Russian Grand Prix at Sochi in protest.

And in pop culture, the wildly popular Eurovision song contest banned Russia from the May finals in Turin, Italy.

Countries in Asia and the Pacific have joined the U.S., the EU and others in the West in piling on punitive measures against Russian banks and leading companies. The nations have also set up export controls aimed at starving Russia’s industries and military of semiconductors and other high-tech products.

“Japan must clearly show its position that we will never tolerate any attempt to change the status quo by force,” Prime Minister Fumio Kishida told reporters Friday.

Taiwan announced Friday that it would join in economic sanctions, although it did not specify what those would be. They could potentially be focused on export control of semiconductor chips, of which Taiwan is the dominant producer.

While most nations in Asia rallied to support Ukraine, China has continued to denounce sanctions against Russia and blamed the U.S. and its allies for provoking Moscow. Beijing, worried about American power in Asia, has increasingly aligned its foreign policy with Russia to challenge the West.

“The Chinese government is following through on easing trade restrictions with Russia and that is simply unacceptable,” Australian Prime Minister Scott Morrison complained. “You don’t go and throw a lifeline to Russia in the middle of a period when they’re invading another country.”

Associated Press writers Foster Klug in Tokyo and Ellen Knickmeyer in Washington contributed to this report, along with other AP journalists around the world.